A few weeks ago, in a moment of rare downtime on our Australian adventure, I was sitting on a balcony overlooking Manly Cove. Dozens of tiny white sail boats skitted around, eclipsed occasionally by the lumbering green and gold ferry puling into port. The waves gently lapped against the rocks and there was a light breeze carrying the faintest whiff of frangipani perfume. The sun, for once not overwhelmingly hot during the down-under heat wave, was on my toes and a Zooper Dooper (my second, or possibly even third) was in my gob. Our holiday, while wonderful, was not even remotely relaxing and this moment was a delicious stolen treat, just for me. 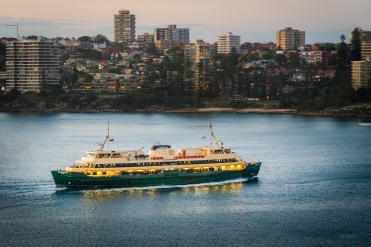 In hindsight, our first trip home as a family of four could never have been anything other than epic. We road tripped close to 4500kms, dissecting the south eastern part of Australia, primarily in order to see our assorted grandparents and introduce little Bear to his great-grandparents. The road trip had the additional advantage of taking us close to dear friends all around the country, so although exhausting – at one stage Tim declared ‘I think we’ve reached our limits as a family’ – it was absolutely worth it. 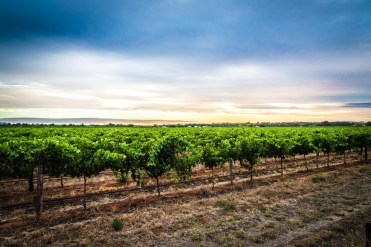 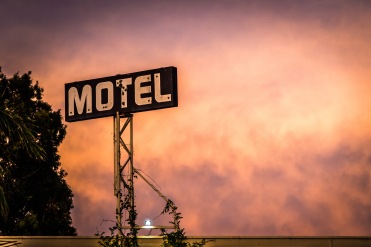 We were not alone in our endeavours, as we were joined by Addie’s two imaginary friends, BetterBird and Ton. We have no idea where these guys came from but can only assume she met AverageBird and didn’t much care for him, and maybe didn’t hear Tom’s name quite correctly. We got to know the pair of them reasonably well during the many hours spent together in the car. BetterBird does not like to wear sunscreen, apparently, but he’s nowhere near as frightening as my friend’s son’s imaginary buddy Crazy Jack, who lives in the drain and has slime for arms.

January flew by. We greeted 2018 in Our Nation’s Capital, where we prepared our offspring for future political greatness (or at the very least, nepotism). 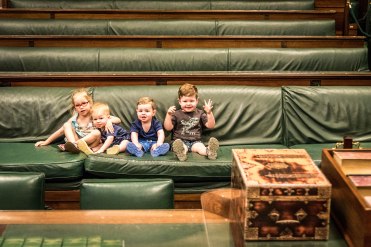 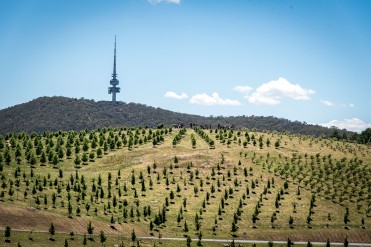 We swang by Melbourne, where our lass indulged in her love of amusement parks, giving her first ever roller coast a whiz. Although somewhat dubious at first, by the time she’d made it halfway through the first lap she was sold, possibly due to the support of BetterBird and Ton in the seat right behind her.

The last few weeks were spent – hectically – in our old stomping ground of Sydney where we tried to maximise beach time, catch ups and eating as much as possible. The kids got wholeheartedly on board. Teddy drew a crown of stunned waiters at his first yum cha experience, marvelling at the sheer amount of dumplings and noodles being shoved in his tiny face (or perhaps they were shocked at his mama, who was doing similar). Some days later, in a complete non sequitur, Laides declared happily to her uncle ‘I love yum cha’. I’ve rarely been more proud.

There were tough times, of course: teething Ted, tantrumming Ads, a Weird Mouth Disease I suffered for most of the holiday, Sydney traffic and general busyness, a wallet lost on our very last day. Downtime was infrequent, and restful it most certainly was not. As always, the highlights far outweighed these pickles. A weekend ‘away’ on Sydney’s Northern beaches with the kids’ Guidefather and a bunch of other good friends. Addie laughing uproariously as she learned to jump waves. A stolen afternoon where Tim and I were kid free and saw a really bad movie in the middle of the day, followed by a truly excellent (and, amusingly, Swiss) art exhibition. Watching the cousins play together in their abstract, frantic way. A play! In English! An Australia Day wreck dive just off South Head, where we saw shark eggs and schools of catfish, and Tim spied an enormous cuttlefish doing its crazy cuttlefish thing. And in possibly the most indulgent of all treats, I was surprised with a birthday party with all my favourite people present (except my kids, which of course made it even sweeter). We lunched, and boozed, and carried on until well into the early hours. It was heavenly. (Although the following morning I felt every year of the age I was about to turn.)

And now we’re home, back in Luzern. The return flight, while dastardly, is becoming a distant memory and will likely only linger as long as the jetlag remains (which, fingers crossed, has now been nailed). It’s my actual birthday today and, all things considered, 40 isn’t feeling too horrid. Sure, I’m on a post-holiday detox, and it’s sludge-snowing, and half of my offspring won’t let go of my leg, but I’m feeling optimistic – in a way I’ve not in a long time – about the year ahead. We’re happy to be home, to have had valuable breathing and contemplating space away, and to have another wonderful home to return to whenever we like. Not that there will be much yum cha left to eat there, after my two bottomless pits came and ate and conquered.

One thought on “We came, we ate, we conquered”