In a tale I am slightly embarrassed to recount, last summer we had to take an emergency trip to the doctor for little Ads. She had woken up with a nasty bite on her hand. We could see fang-like puncture marks, and her little wrist had puffed with the glossy shine of early infection. Not being able to recall the various German topical creams we’d purchased, and fairly sure she had been bitten by something poisonous, we decided to leg it to the paediatrician. We secured an emergency appointment and I carefully monitored the ever swelling limb as we waited. Our doctor – an older Swiss gentleman who does medical volunteer work on his holidays, and who told me with gentle concern that in Switzerland ‘Teddy’ is also a child’s toy – saw my worried face and ushered us in. He inspected little Addie’s tender arm and after a few questions turned to me seriously. ‘In Switzerland the most dangerous creature is the bumble bee. And it’s only dangerous if you’re allergic to it. Adelheid has a mosquito bite and is perfectly fine.’ The wrist deflated there and then as my paranoia was completely cured.

He had me pegged though: Australia is a land of the vicious and brutal. This morning, stepping out of our self-titled luxury (disclosure: it wasn’t) motel room on the outskirts of Hay, a barefoot Addie foolishly skipped outside, prompting an unholy scream when she stepped on a bindi-eye almost the size of her brother’s fist. A few days ago, at our combined family Christmas holiday on the south coast of NSW, Tim was taking a dip in the tidal Shoalhaven river when a fluther of lightly stinging jelly fish casually drifted past him. The flies are the size of Cessners and some of them actually bite you. Late last night, driving between my home town and the illustrious establishment where we ended up staying the night, a kangaroo the size of an enormous Australian double fridge bounded in front of the car, with a slight, seemingly smug, sideward glance as he narrowly missed turning us into roadkill. Unlike our adopted home, where the worst that can be mustered is a fuzzy striped-sweater-wearing buzzer, my country has balls. That doesn’t justify my hypochondria, I realise, but perhaps goes a little way to explaining it.

We’ve been back almost two weeks. The flight went better than we could have hoped. The youngest family member slept for a significant part of it. There was an excellent playground during our layover, allowing for tiny person exhaustion. The food was, well, airplane food, but due to the excellent slumbering of my bear I even managed a drink on board. Once we arrived in brutally hot Sydney, the kids had celebrated  birthdays. (One! Three! How?!) Aunty Soph and Uncle Pip were both birthday cake champions, with birthday morning deliveries on consecutive days and a gasp-inducing ice-cream cake (its predecessor made for last year’s birthday inspires discussion to this day). 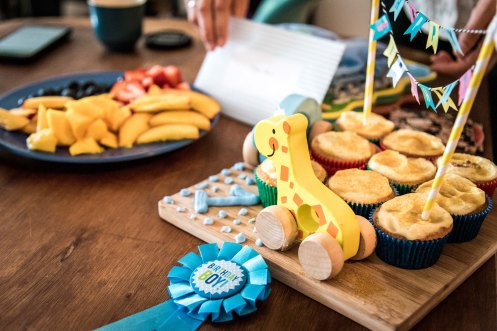 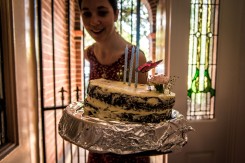 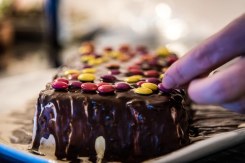 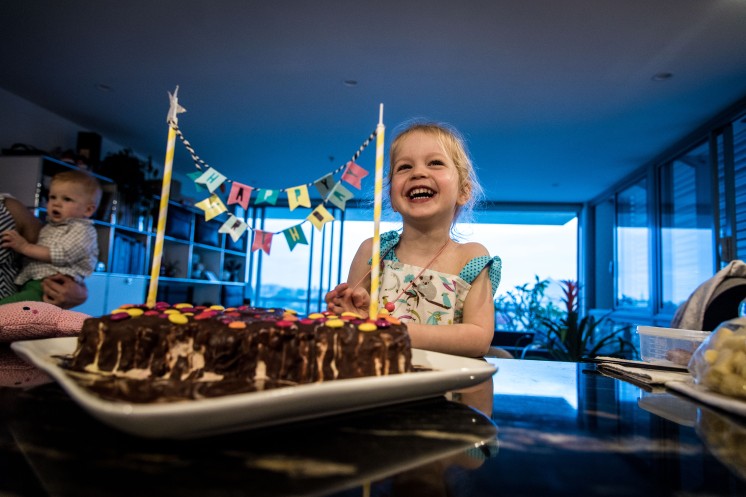 Our week long family bonanza was an exercise in cultural assimilation for our brats. Slap bang on the Shoalhaven, we were serenaded at 5am not only by by my teething boy but also by a cackle of kookaburras which delighted Addie as she gleefully identified the Old Gum Trees in which they sat. Kangaroos flocked the premises at dawn and dusk (even boxing a few times in a display of most excellent caricaturisation) and one delightful night we spied a wombat plodding his way to the river banks. There was a splendid day at the beach where the gentle lapping of Honeymoon Bay was similar enough to the lake at home not to terrify my wave-phobic children, and endless hours of Lord of The Flies cousin time. 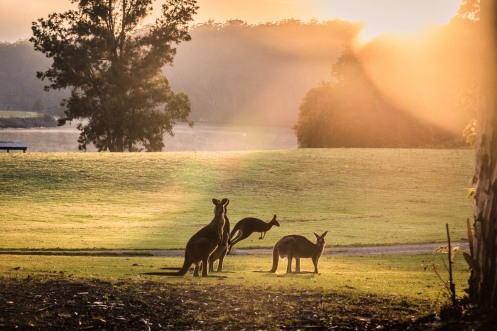 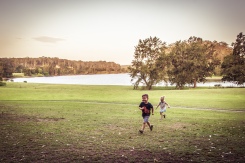 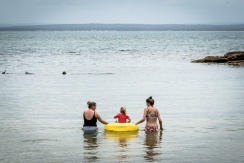 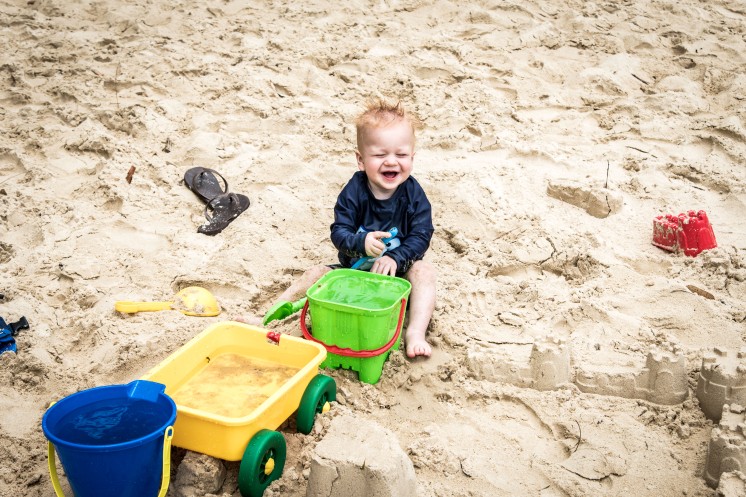 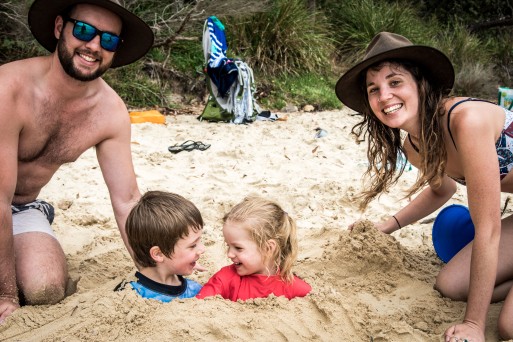 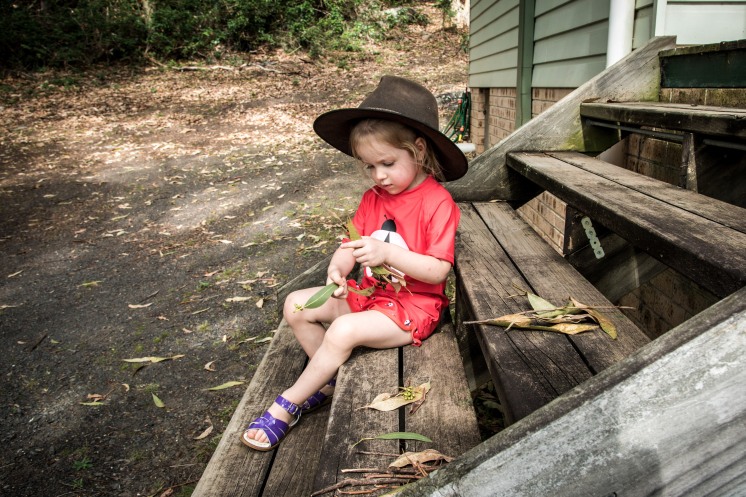 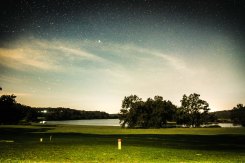 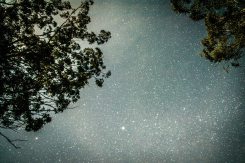 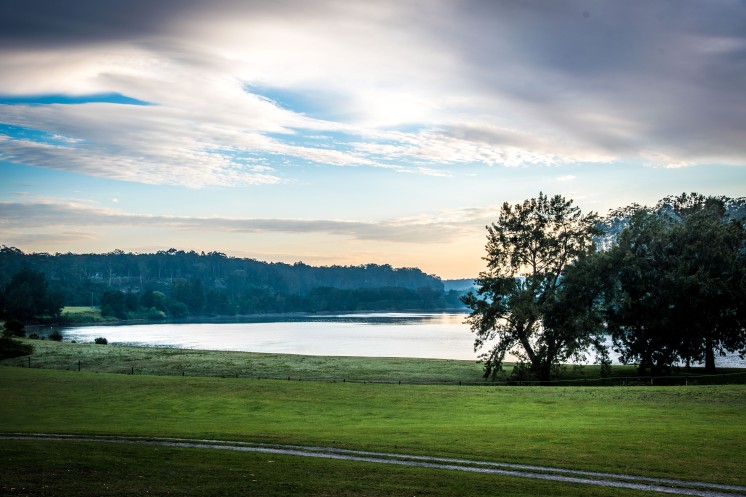 We are currently also bang in the middle of possibly the most foolhardy part of our trip: driving the Hay Plains with two small children. As a kid, we’d often spend our holidays with my grandparents in the Barossa Valley. We’d be bundled, semi conscious pre-dawn, into the already packed family van and my parents would drive through the wee hours. I remember waking, eyes as dry as the surrounding land and limbs as craggy as the lonely trees on the horizon, to watch the sun rise across the Hay Plains. There’s a particular scent to the area. It’s in the reddish dust, as if the colour has somehow seeped into an odour. It’s the memory of rain, or perhaps the hope for it. It’s the heat, heavy and immobile, and the dry grass, shrubs, bindi-eyes. The second I left the motel (responding to the shrieks of my first born) I was greeted by it, an old friend long forgotten yet so familiar. On these family road trips, we were allowed the rare and exciting treat of Fruit Loops, a ludicrously sweet and impossibly coloured cereal. In years since I have wondered at the wisdom of loading kids in enclosed space up with sugar, a position I flagrantly ignored this morning when buying breakfast at the local completely country bakery. I couldn’t help but fall into the same trap when Adelaide turned to me, eyes wide and excited, and asked ‘Mummy! Is that a…lamington?’ 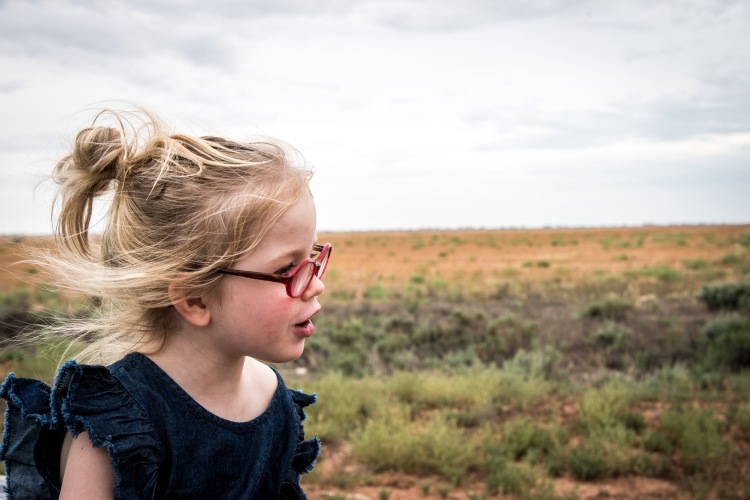 This first half of the road trip is 1300kms. We had originally planned to leave the south coast, stop for dinner and drive the long barren stretch overnight (much like the blacked out van rumoured to do a drug run from Adelaide to Wagga in the early naughties, lights off in full stealth mode), however a non-sleeping child got the better of us and we opted instead to stay overnight in that salubrious establishment previously mentioned. I’m pleased we did. Although this lengthy trip is taking a chunk of time of our precious holiday, we’re spending it in the thick of the country, with nothing to do but gaze across the elusive horizon. We’ll roll into the lovely Barossa around lunch, see my sweet grandmother and introduce her to our sticky little boy (thanks, travel snacks), and ensure we have time to sample at least a few hearty Aussie reds. Then we’ll turn around and drive back again tomorrow, stopping for the night in my home town. It’s a lot of road time, but it’s filled with a mix of nostalgia and awe. Nostalgia for the many trips I made as a kid – those sugary breakfasts, mango Weiss bars at the border, dumping uneaten fruit at quarantine zones, driving the Plains tediously on my Ls – and later, with Tim for family Christmases, a few annualversaries and cheeky winery getaways. Awe, of course, for the beauty that is outback Australia. 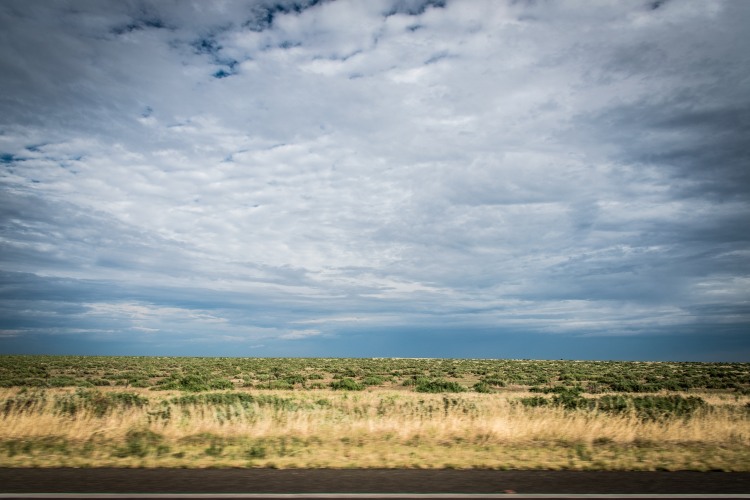 It’s the exact opposite of the alps. Flat, brown, expansive. The sky is everything. You can see weather brewing miles away, grey smudges here and pockets of powdery blue there, but the vast deception of the heavens never allows you to pinpoint where – or even if – it’s actually occurring. It’s been two and a half years since we relocated, and much longer since we’ve driven the Plains. But now that we’ve spent the last few hours getting reacquainted it feels like we never left. And maybe that’s the best part of holidays of all.