I had a serious case of itchy feet last Friday. It was most likely comprised of the recent exodus of visitors, my general motherhood malaise, and a good old fashioned greediness for pastries. As usual for a Friday morning, the kids and I went to the local playgroup. A few hours later, having confirmed that Tim was on board, found lodgings that were a reasonable distance away and having packed the car in a fashion somewhat haphazard, we were en route to France. We pulled up at a farm stay a few hours away just in time to do some twilight exploring (slash meeting ponies). 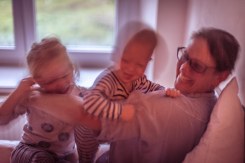 Ronchamp was never on our list of must visit places – to be honest, I had no idea it even existed. But one of the great luxuries we have living here is the capacity to visit unscientifically selected places without prioritisation or regrets. It’s a real treat. Especially when, as luck would have it, we chose a place only a few kilometres from this. 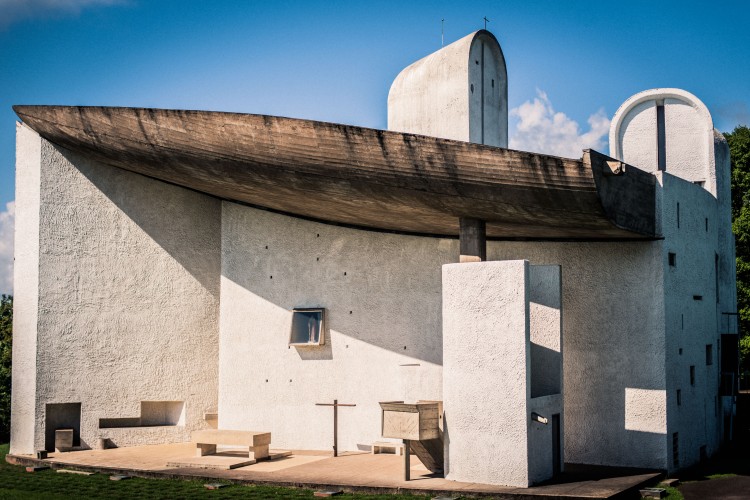 The Notre Dame du Haut is a chapel designed by Swiss-French architect Le Corbusier. It’s nestled in the woods on top of a hill, flanked by two buildings – an oratory and a convent – by Renzo Piano. We’re not generally church visitors – either on Sundays as part of our travels –  and we didn’t know what to expect.

We were in awe. 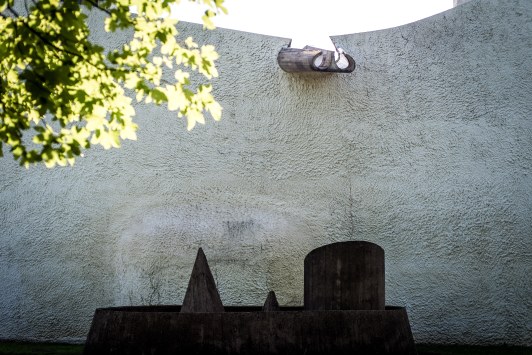 Before World War 2, the site was home to an earlier chapel and was a place of great pilgrimage for Catholics. After the original church was destroyed by bombs, Le Corbusier was commissioned to build a new place of worship. An unorthodox choice of architect, Le Corbusier was known for his passion for standardised living and had pioneered several utilitarian-style buildings, believing that all people deserved to embrace a new affordable, comfortable standard of living. The church wished to deviate from its traditional model and embrace the future through modern art and architecture. Le Corbusier similarly departed from his general principles and created this beautiful structure which was in response to the location rather than housing principles. He used primarily concrete – his work is characterised by the use of cheap and practical materials – as well as stone from the original fallen church.

It is considered to be one of the first post-modern buildings, and one of the finest religious monuments. Our two year old also considered it an excellent venue for hide and seek. 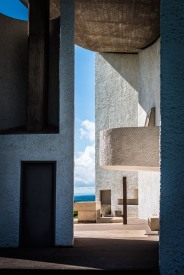 Le Corbusier designed the chapel to be invisible until the summit of the hill is reached, mimicking in some aspects the Acropolis. Once at the top, the landscape opens up and views as far as the distant Jura mountains can be spied.

There was also a chance for us all to practice our climbing, with an Indiana Jones-esque mini-pyramid conveniently positioned for toddlers and crawlers alike. 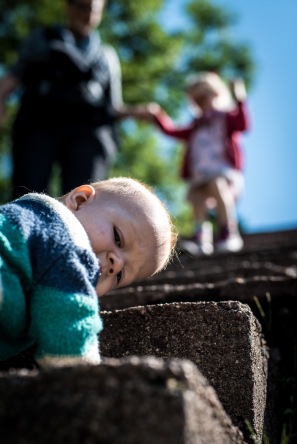 The chapel is still functional, and at any given time worshipers can be found within the hushed walls. Said walls – filled with rubble from the bomb site in a symbol of renewal and continuity – were smattered with jewel-like stained glass windows. It was serene and atmospheric.

There were two separate altar chambers, with the roof opened up to the sky. The light seemed to glow in each of the unexpected pods.

In a minor miracle, both children tolerated our architecture-gazing admirably. They were rewarded with the antithesis of the Notre Dame du Haut: a visit to a monstrosity of a playground, notable only for its carnie atmosphere and alarming abundance of bouncing castles. I shall not sully the beauty above by posting any photos.

The chapel was certainly the highlight of our weekend and the most notable part of Ronchamp which, although a lovely spot, was otherwise very small and nondescript. I was going to say quiet, but the little (deceptively grinning) terror you see below proved me wrong on that front, with almost hourly wake ups on our second night away.  Perhaps little Teddles, much like his architect Grumps and interested-in-everything father, is a budding building enthusiast too. 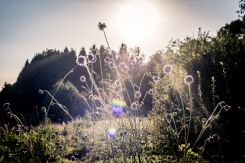