I’m not suggesting the Easter Bunny is a rational fictional character. Rabbits don’t lay any eggs at all, let alone chocolate ones, and a giant silent bunny is (thanks, Donnie Darko) actually really creepy. However, we both grew up with that mythical animal leaving chocolate for us come Easter morning, so when we realised the Swiss don’t have a bunny but rather the Easter Cuckoo (which biologically makes a little more sense, apart from the chocolate thing) we were initially surprised, but decided we’d best roll with it. For the sake of our daughter, of course.

Update: I have, since originally writing this, been informed that the Easter Cuckoo is not actually a Swiss thing. Guess it’s my own fault for believing a combination of internet research and a few generic questions thrown at acquaintances . Our German teacher and one of Tim’s colleagues, both Luzern natives, have clarified that the appearance of the Easter Cuckoo is not a local thing – or indeed a Swiss thing – and must have been a one-off appearance to our house alone. Nonetheless we were happy with the Cuckoo’s generosity and won’t mind if he and the bunny team up next year for double the treats.

Easter here is, like in many predominantly Christian countries, a significant event. There are multiple parades with different foci depending on the area of Switzerland in which you live, all reflecting aspects of the holy week. There is Osterkucken, a tart made from rice and almonds and served only at Easter. There’s Eiertütschen (Easter Egg tapping), where coloured boiled eggs are smashed together and the person with the intact egg at the end can exchange it for money or treats. There are Easter Trees, which are decorative twigs with colourful eggs hanging from them. And, of course, there’s the afore mentioned Cuckoo who does the rounds for children on Easter morning. Kids are given or make Easter baskets and spend the morning collecting the Cuckoo’s eggs, and it’s then that international traditions merge when the inevitable sugar highs and subsequent lows hit.

Tim arrived home from Australia on Good Friday, and we had some friends staying with us the following day and a dinner party with them and some neighbours planned. It turned into Great Saturday as we ate, drank, caught up with old friends and made new, and – in the wee hours – planned the Easter hunt for our own bunny the following morning. Lloyd and Jonathan prepped the chicken trail. 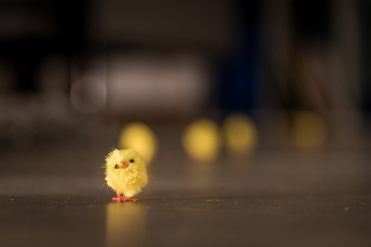 Unbeknownst to us daylight savings kicked in the following morning, so it was a rude awakening by the Cuckoo. We had hidden a few small presents (and maaaaybe some chocolate) in familiar spots around the house and taken photos of them to show our lass to help her fill her Laideybird basket. 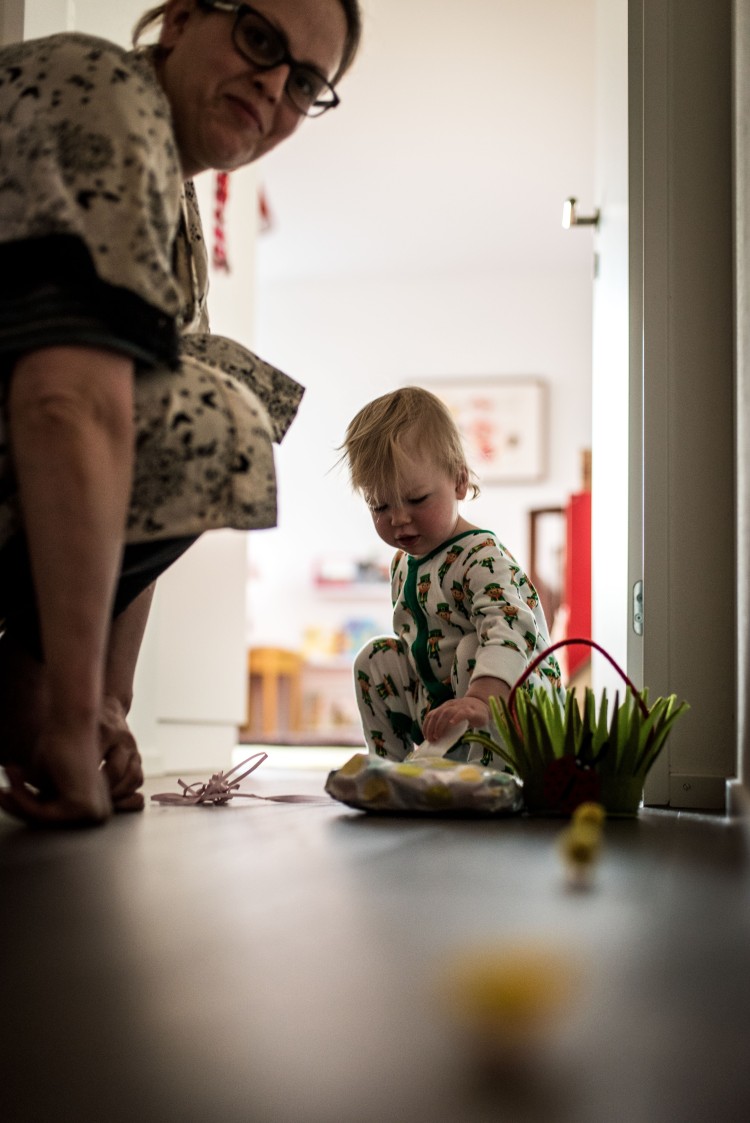 She was a little confused as to what was expected until I told her to ‘pack up the chickens’. I am delighted to report that the hours of teaching her to do my chores for me have paid off, as she nailed it.

One by one she found the Easter treats ‘hidden’ around the house (it seems the cuckoo had a few too many wines and got over hiding things, as one of the treats was left on the couch, suspiciously close to my location the previous night). 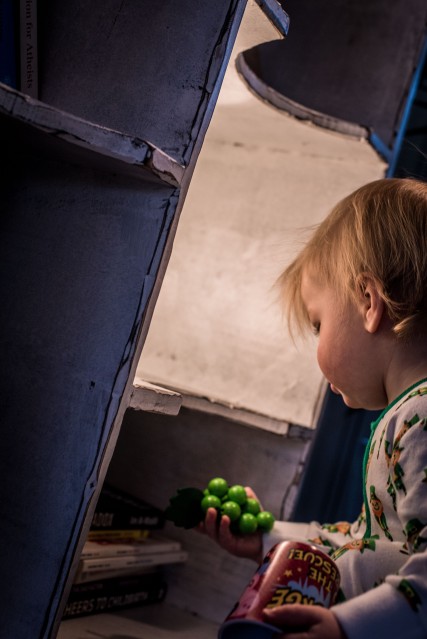 The final stop, complete with ridiculous headband that I forced her to sport for the rest of the weekend, also gave our little leprechaun her second taste of chocolate ever. Like the first, it was a revolting dribbly success and carried her until she crashed and burned a few ugly hours later. 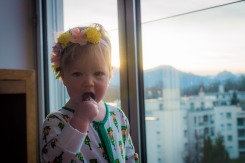 The adults finished the morning with some hot cross deliciousness (and who am I kidding, chocolate of our own) prior to making our way up a nearby Alp for some much needed refreshing mountain air.

One thought on “The Easter Cuckoo (or not)”