It was Tim’s dad’s long term dream to visit Barcelona, and specifically to see the work of Antoni Gaudi. The day we arrived the inlaws had visited Casa Batllo and regaled us with  tales of the house and its creator, and generously offered to take our little miss for a morning so we could experience the site ourselves. We enthusiastically took them up on it – I figured that even if the house was dull, I could sneak off and catch a baby-free snooze in the Spanish sun and nobody would be any the wiser.

Gaudi (or, as we suspect many people call him, Gaudy)(although the googles tell me the word has no relationship with the man) was a Catalan architect who specialised in an organic modern style of design. He rarely drew plans, preferring instead to build complex three dimensional models from which he and the builders would engineer his designs when the time came (part of the reason his Sagrada Familia is still under construction nearly 100 years since his death). He was told as he graduated that ‘we have given this academic title either to a fool or genius. Time will show’. Given the popularity of all his buildings throughout Barcelona it seems the general consensus is the latter.

Casa Batllo was remodelled by Gaudi with no limitations imposed by the Batllo family (the patriarch of which was a textile magnate who owned the building and commissioned Gaudi). I’m not sure what they thought they might get, or what they were hoping for, but if they had their fingers crossed for a surreal underwater-esque abode, they were probably fairly happy.

The house is built around a central shaft, with glass and cascading blue tiles made to mirror the effect of the ocean. Tim recalled deep sea diving and the distorted feeling one gets looking at the shimmering distant surface from the depths. The tour was a (magnificently baby free) self guided audio and visual lark. The narrator told the story of the house and Gaudi, and as you held the iPhone to different aspects of the house you were shown images of both what it would have looked like in its heyday, and what Gaudi may have been imagining when he designed it. For example, when I hovered the phone over the fire place a mushroom materialised on the screen, lit up, and then smouldered away as if it was on fire (or I was on drugs)(also, that’s Rohan and not said mushroom).

It was several stories high and incorporated both the family residence as well as several apartments. It had foyers, sewing rooms, and large windows out of which to spy on passers-by. 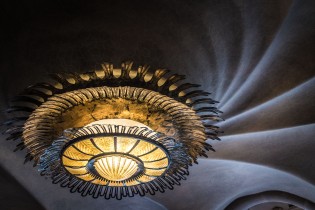 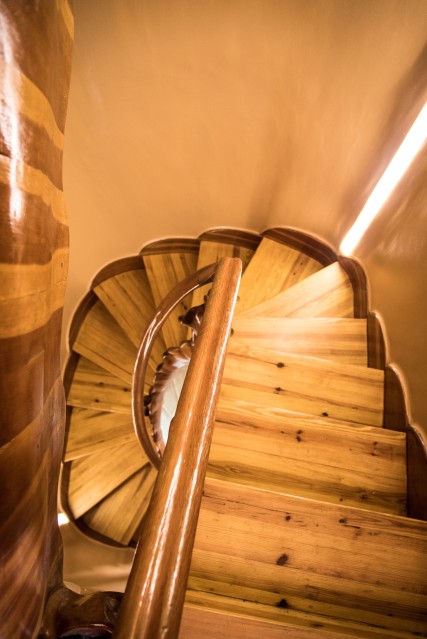 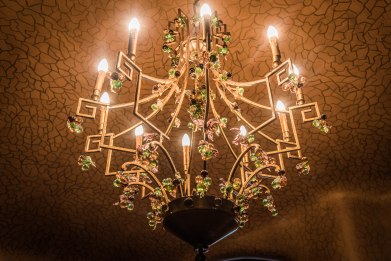 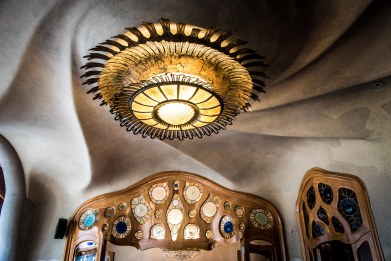 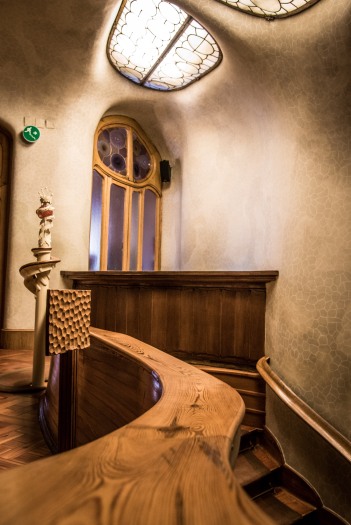 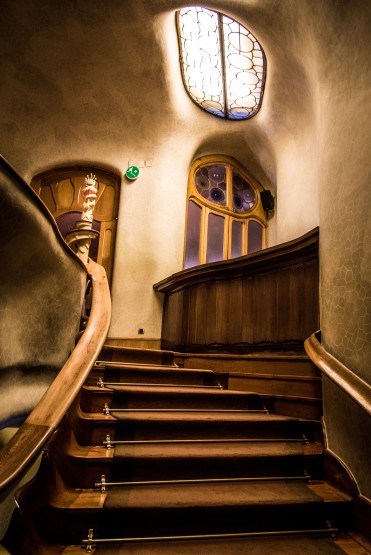 As we neared the roof, we hit the surprisingly beautiful laundry and storage rooms, which had been designed to promote natural air flow and cooling throughout the building. 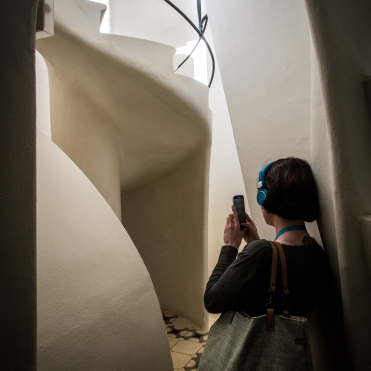 The final stop was the roof terrace, where we basked in the sun and longed for only one thing – an icy sangria (and maybe another few hours sans baby). 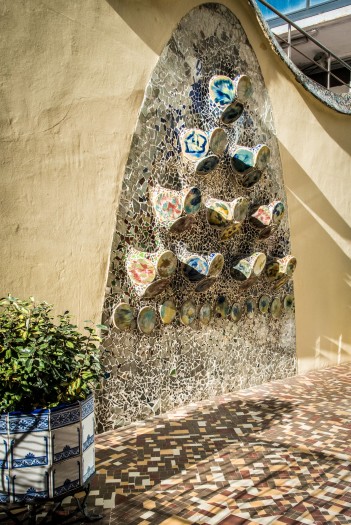 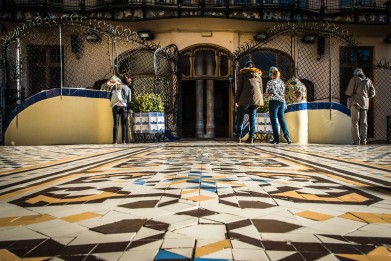 The remainder of the day was filled with wandering the city streets, eating tasty tapas, chatting, and playing with our girl. Which, when it comes to it, is pretty much our favourite kind of day.