I had been a trifle trepidatious about returning to Spain after a few visits some ten years ago. Not for any negative reasons – precisely the opposite. It’s an amazing country and I wanted to be able to fully enjoy its (frequently late night) culture; I just wasn’t sure how to do that with our little lass in tow. The answer: grandparents.

Tim’s folks are currently visiting the Europes, and after their own trip to Berlin they progressed to Barcelona, a long-time dream of Tim’s architect father. We joined them, along with Dom and Roh, for a weekend. The lass got dolled up especially. 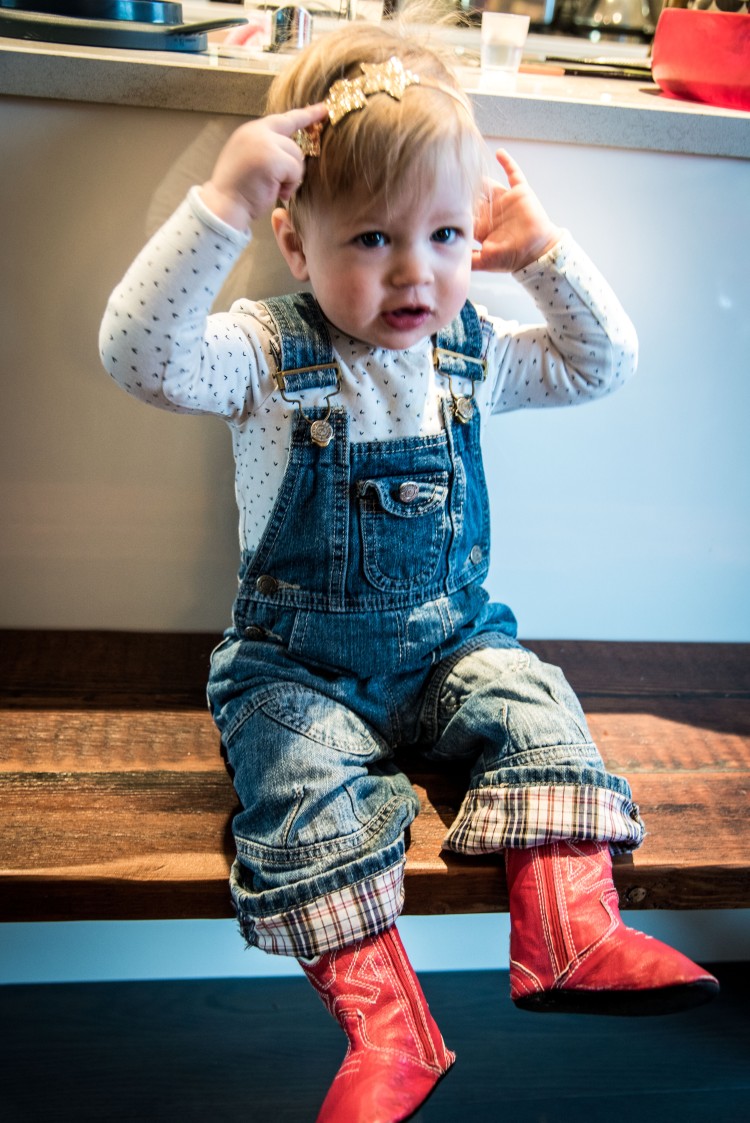 Tim only arrived close to 10pm on Friday night – but Spain! No problem! We left the sleeping child with her Gra and Grumps, and hit a bar for tapas and then a gin joint before stumbling in at an hour most recently delegated to middle-of-night feeds and soothing. It was brilliant. The next day I regretted it somewhat, but of course had siesta to look forward to.

Saturday was stunning, with temperatures in the teens which had the Berliners and the Luzerners shamelessly strutting around in t-shirts. We were heading for Park Güell, one of Gaudi’s major works that sits atop the northern hills of the city, looking out to sea. A system of mosaic-covered buildings, terraces and parks, it was intended as a housing development but has since been converted into a public parkland area with the organic focused architectural features maintained.

Like all of Gaudi’s work peppered throughout the city, it had a surreal vibe (not least due to the unexpected wattle popping up throughout the site). 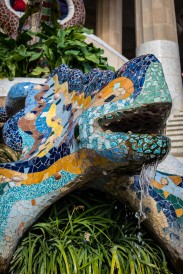 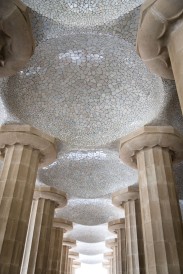 We spent the morning basking (and bobbing the baby to sleep) as we strolled through the courtyards and caught glimpses of the ocean on the horizon – a sight we hadn’t realised we’d missed until we saw it. 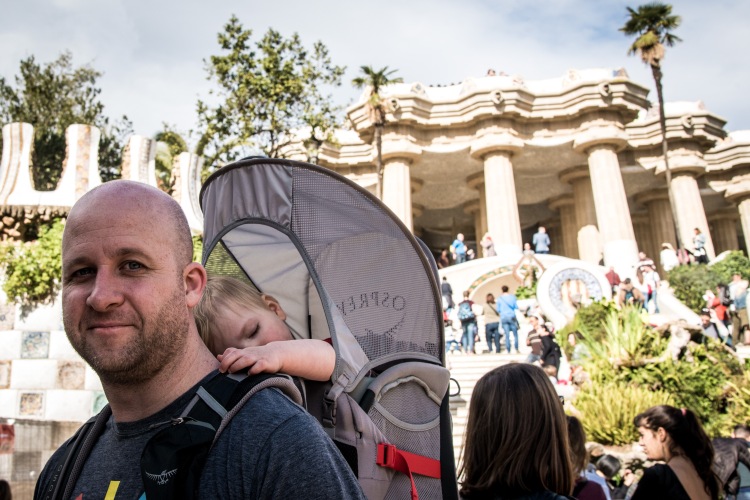 Part of our mission complete, we left the gardens and headed towards the sea. Gera, Tim’s mum, is having a milestone birthday later this year and since neither Tim or Dom will be around for it, we’d decided to take her for a surprise seafood lunch on the Mediterranean. Purely selflessly, you understand.

One of Tim’s colleagues, a Barcelona native, recommended a joint alongside the beach. He further recommended we sample the fideuà: a Catalan specialist akin to paella, but made with noodles. Who were we to argue with a local? 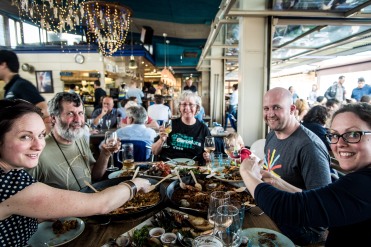 Our fill of seafood achieved, we had one final mission for the day (other than staying awake for future tapas and nightlife): to give the girl her first dip in the ocean. Although sunny it was winter, and we’re not complete monsters, so it was toes only.

The sand was a (tasty) hit, and she loved waving at fellow beach patrons. I suspect she’d argue with us about the monsters part, though – there were tears the second the ocean touched her little feet, but nothing daddy couldn’t make better. And although her folks were exhausted and full, there was nothing grandparents couldn’t make better when we hit the town for the second (!) night (!) in a row (!!).