As much as I love exploring new supermarkets, my favourite shopping is always done at farmers’ markets. A cherished ritual at home, we were keen to find a Swiss equivalent where we can pick up our produce each week. We gave the Lucerne ones a test run yesterday (there are also bi-weekly markets in Zug, our other contender for Future Home Town). We wandered around the Old Town, choosing a range of delights to sample. 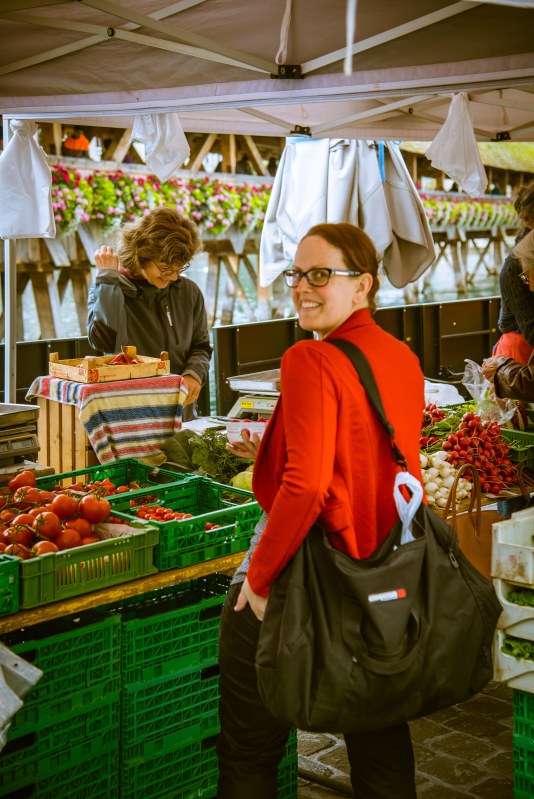 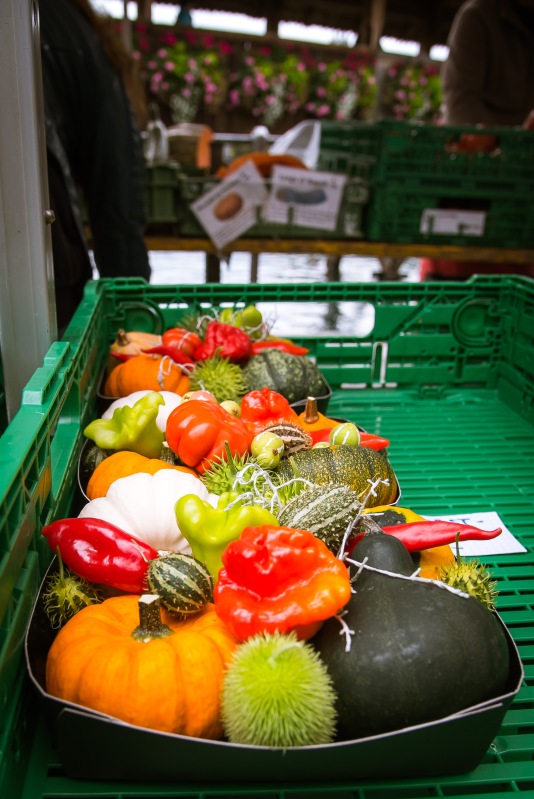 I’d forgotten how delicious European butter is, and don’t even get me started on the yoghurt, cheese and Swiss bread. We bought a punnet of fresh raspberries and they are the most delicious I’ve ever eaten (possibly because I alternated bites with Swiss chocolate). In other news, my jeans are becoming increasingly snug.

It was lovely to head home with our spoils and set up our new kitchen. After a quick drink with a few of Tim’s new colleagues, we made ourselves a market platter and enjoyed the evening in.

Today is Father’s Day. Technically, it’s not Father’s Day in Switzerland – it’s celebrated here in June (as it happens, within a few days of Tim’s birthday. Two-for-one, here we come!). But since it’s his first, I hadn’t the heart to insist on adhering to local timelines. He had the choice of activities for the day and opted to take a trip up the northernmost peak of the Alps, Mount Pilatus. Before you applaud our physical prowess, let me clarify: this trip involved a quartet of transport. We took a boat, a train, a cable car and a bus to explore said mountain.

Although our girl’s jet lag is (slightly) better, we were still up super early so after a Father’s Day skype with both dads back home, we legged it to Lucerne to start the trip. Like all good Father’s Day outings, it started with a daddy-daughter pose. 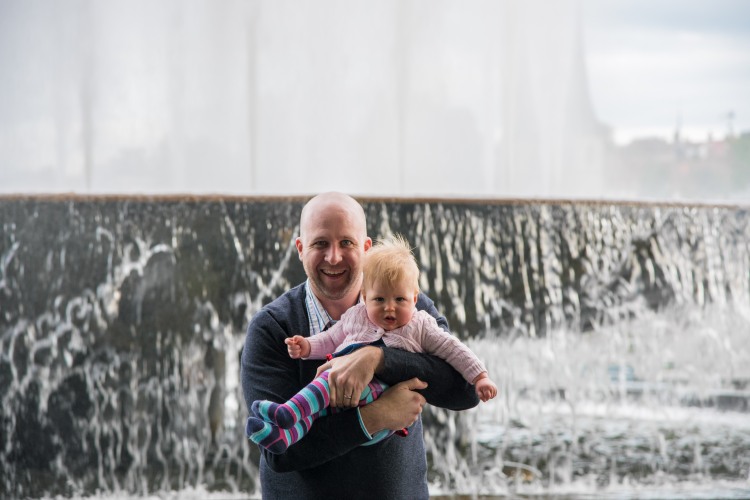 The first leg was by boat across Lake Lucerne.

Tim reverted to his favourite subject matter: flags on boats.

Halfway through the boat leg, we had to present our tickets. Yesterday we had purchased half fare cards, and although I thought this was an independent tour, Tim asked if we were eligible for the discount. As it turned out, we were indeed and the guard seemed shocked we’d actually paid full price. After filling out some Swiss paperwork and paying a Foolish Foreigner Tax, we got our money back and carried on ogling the scenery. 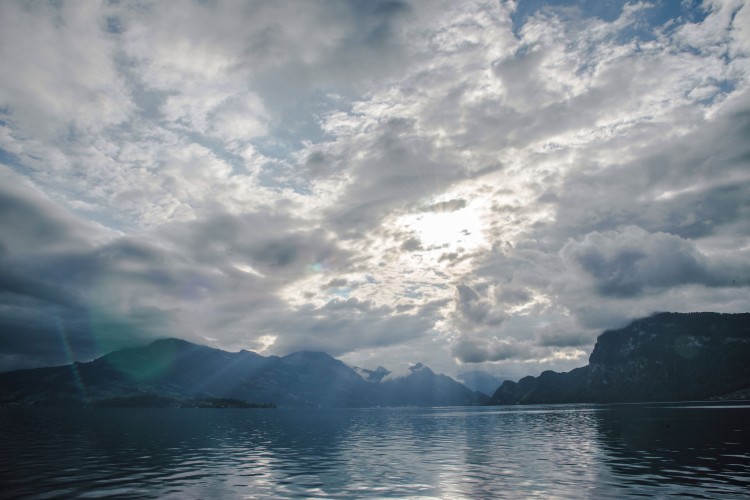 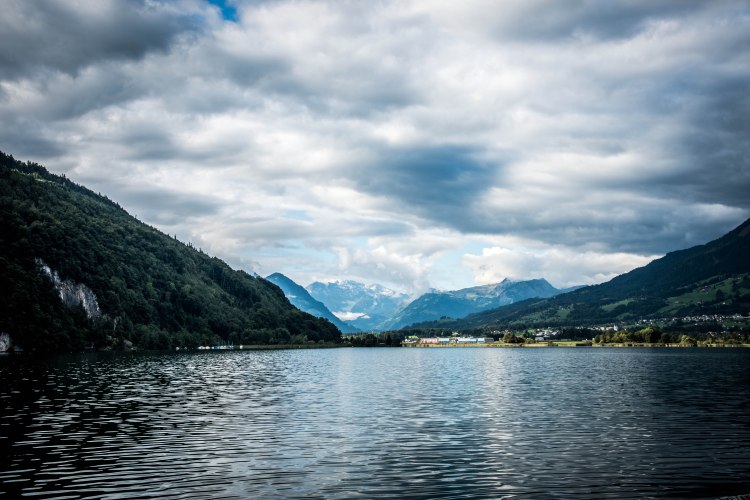 As we were sailing along, we could see the mountain which we’d eventually scale. To my absolute height-hating horror, I could see the line of the cable car against the sky. It looked way too steep to be safe and I was terrified.

We arrived at the port, and proceeded to the train. It’s the world’s steepest cog railway (don’t you love it how caveats are thrown in to ensure it’s the number one in the world? In Narrandera, for example, there is the ‘world’s largest playable guitar’. Apparently it’s not the world’s largest per se so they had to throw ‘playable’ in there to get kudos) (also, yes I played it). Pickiness aside, this was one steep railway. It had a 48% incline, effectively rising one metre for every two we went forward. As we scaled the mountain I got increasingly nervous, but some passengers apparently found it boring and slept through the whole trip.

Sadly the summit was submerged in fog and rain. 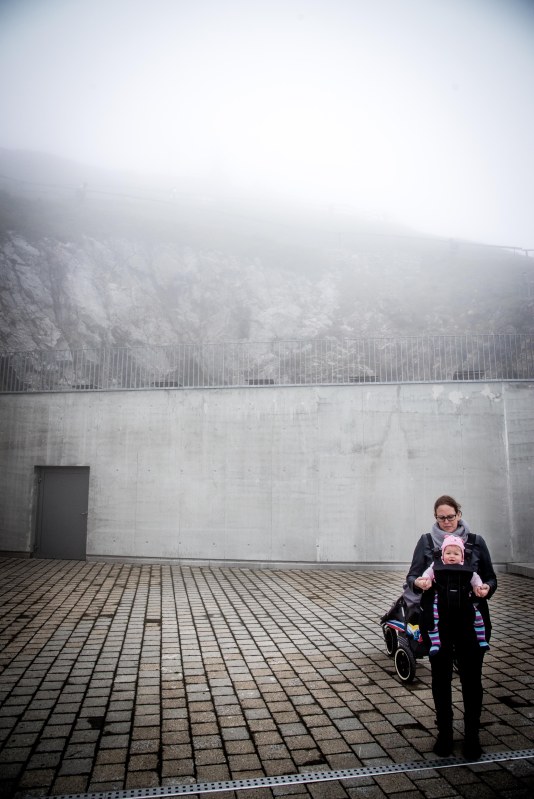 Not having much view made me feel slightly better about stepping into the cable car for the descent, although still somewhat nervous… 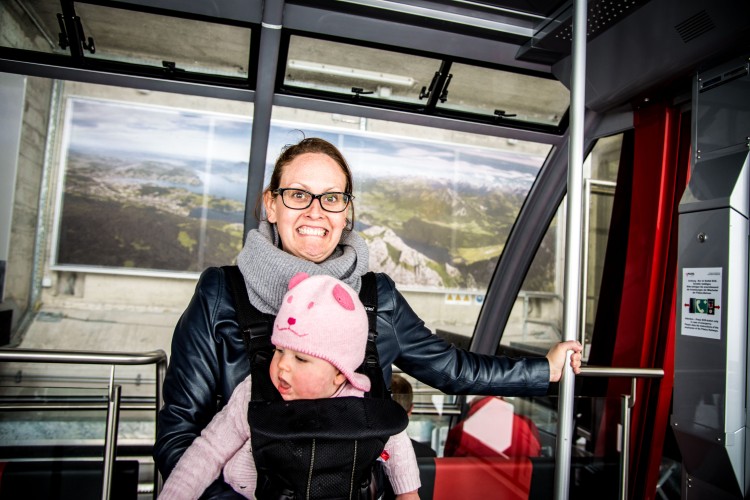 Which turned out to be spectacularly non-scary. One (Tim) might even call it lame. The views, however, were anything but. 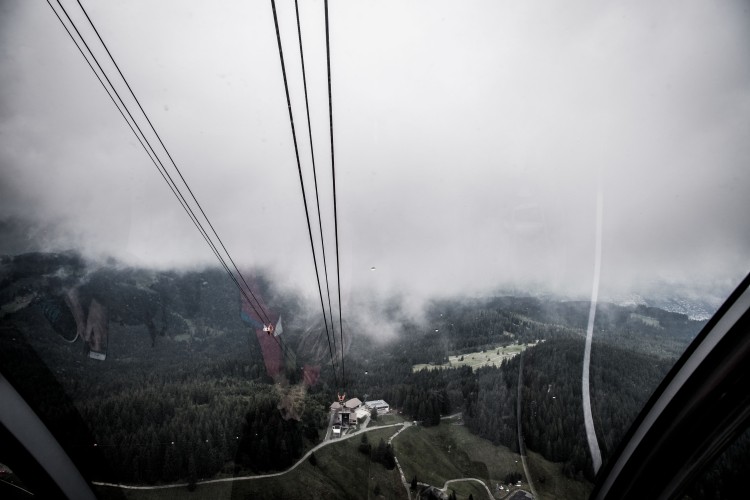 We stopped halfway down for lunch where we saw a bunch of hikers and rock climbers. I am ashamed to admit we ate the carby delight lunches that they’d earned. But hey, we’d just scaled a mountain. (Also – first Swiss rosti! Tim was pleased to note it fell apart, just as the ones he’s attempted to make do.)

The second cable cart ride was a gentle descent down the mountain. Our little lass has always been a tongue-poker-outer, but she’s really excelling herself here. 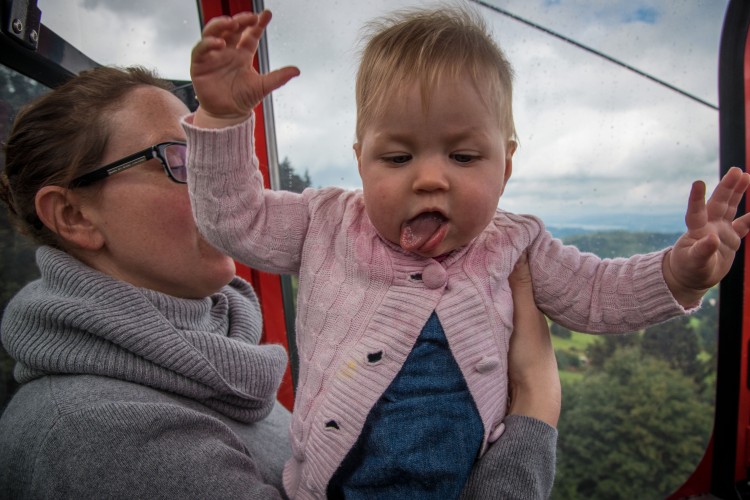 The final leg was a bus ride back to Lucerne, then the train home. After the morning out we enjoyed relaxing at home for the afternoon – Sundays are quiet in our wee town. Following the outings of the last few days we have some boring administrative chores to attend to tomorrow (Swiss bank accounts! Registering with authorities!), and the girl has come down with a nasty cold (possibly due to exposing her tongue to all that mountain air…or more likely licking the bar floor on our flight, sigh), so we’ll be on the down low for a while. But it’s safe to say that all agreed it was the nicest fake Father’s Day we’ve ever had.