Following our brutally early start yesterday, we decided to make the most of the morning and get out and explore our new town. A jet lagged baby means family balcony selfies as the sun rose. 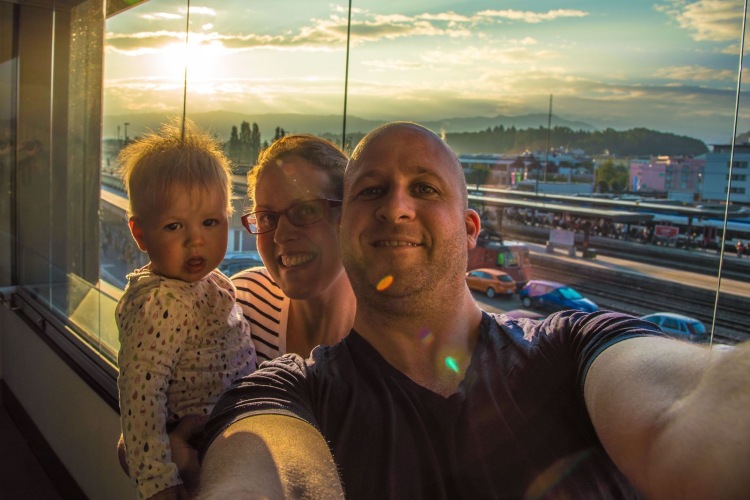 Rotkreuz is a small village roughly forty minutes drive from Zurich (we had late night traffic work en route so that’s a guesstimate). It has about 7,500 people and as such is by far the smallest place I’ve ever lived. Our apartment is in the centre of town, right next to the train station. We’ve got a cluster of bars and restaurants next to us, and a short walk to the other side of the station where there are supermarkets, cafes and a few odd shops. We spent the morning strolling around and checking out the new neighbourhood, and indulging in one of my favourite foreign country pastimes: checking out the grocery stores.  I am delighted with the (unsurprising) abundance of cheese, chocolate and vino but also interested in some of the local faves. I’ve not been game yet to try Rivella, a fizzy drink made of milk whey or DIY raclette, but I’m sure the motivation will come.

We are staying in Rotkreuz for the first few months, after which we will find a permanent home. We’d originally picked Zug or Lucerne, as they are bigger towns with a bit more action, but roaming around yesterday morning made us reconsider. The village is small but pretty, with green hills circling it and wildflowers lining the streets (they may just be messy flowers as opposed to wild, but let’s roll with the latter). There’s a river the other side of town, which is apparently lovely for swimming in summer.

After lunch and a snooze for the still unsettled baby, we decided to make the ten minute train trip to Lucerne. After emerging from the underground station, all bets were off with Rotkreuz – Lucerne is stunning.

A gorgeous old cobblestoned town set on the banks of Lake Lucerne, framed by the alps, it was bustling when we arrived. I always loved, at home, going to Circular Quay – there’s something thrilling about picture postcard places in a city, especially those that have a holiday vibe. Lucerne was similar (in vibe only); people were walking around the lake, basking in the sun, admiring its beauty and perched in the cafes and bars circling the water. It was reinforced how different travel with a baby is – in our holidays previously, we would have been the ones propping up the bar on a gorgeous sunny day, as opposed to strategising sleep plans (both hers and ours).

We followed the crowds and took a walk to the Old Town.

Since the bumpy cobblestones failed to lull our girl to sleep, we strolled around the lake further.

I’ve read the best / only way to manage jet lag with little ones (and indeed big ones) is to get as much sun as possible during the day. (Note: this did not work for us. She was up today at 1.30am, happy as you please. I figure we’ll either ride it out, or she and I will just be getting up for three hour blocks in the middle of the night for the rest of our lives.) Thus, we pulled up some grass in one of the many parks next to the lake and let the bub frolic. 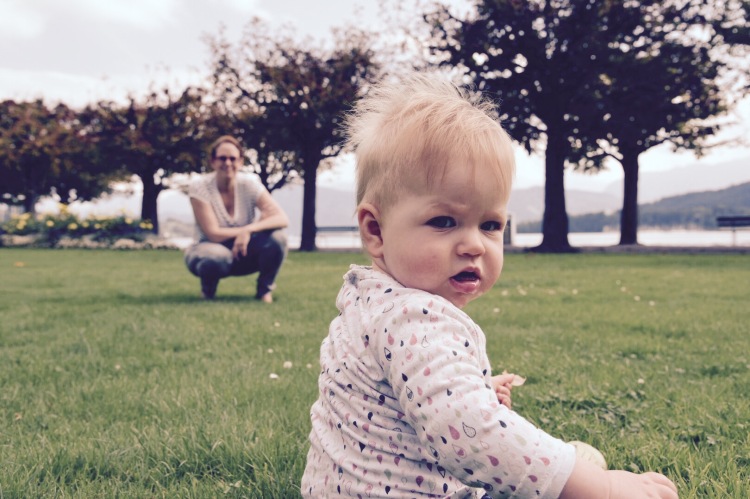 She continued to work on her current best trick: waving. 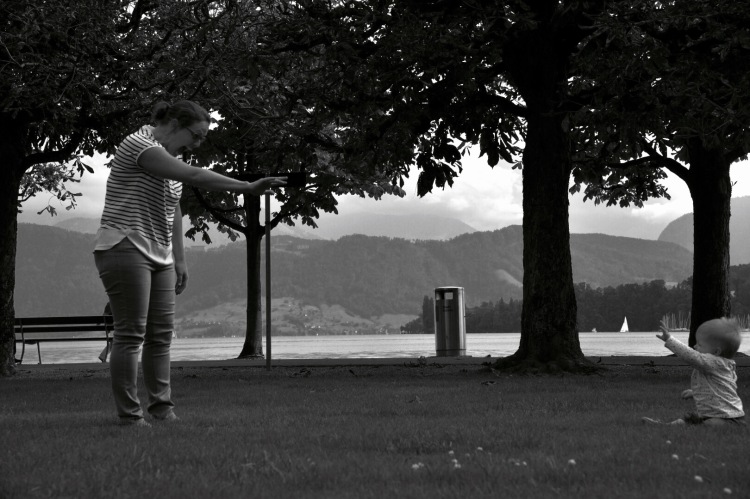 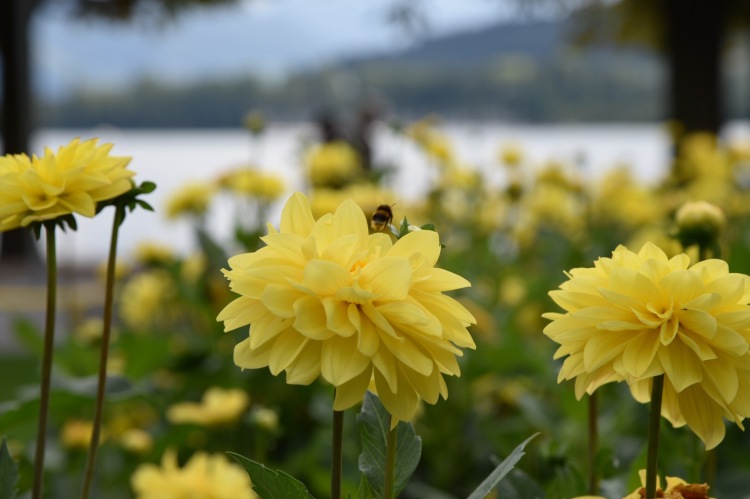 It’s hard to get our heads around the fact that we’ll actually be staying here for some time. It’s exciting and surreal, and yet the normality of going to a park and fussing about getting home in time for dinner, bath and naps balances it out a little. We dearly longed for a stop off in the afore mentioned bar on the way back, but settled instead for our first Swiss wine at home, supplemented by live jazz wafting in the window from the bar next door. 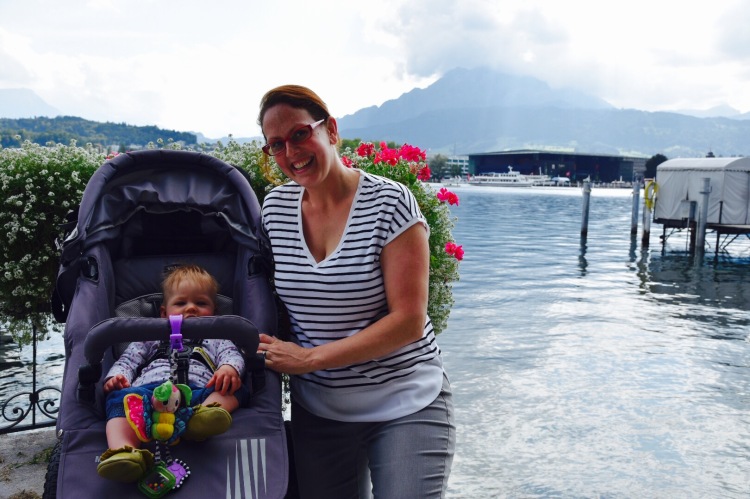 We figure we have plenty of time to check out the sights, but this first taste of Lucerne was delightful.