We love having guests, and have been fortunate to have had a huge range of family and friends visit us since we’ve moved here. We enjoy it for a number of reasons. Visitors make us feel far less isolated, still in touch with Australia and our lives there (especially when said guests have arrived with non-European delicacies such as vegemite, brown sugar and most deliciously Twisties). When people stay we have the chance to spend time with them after the kids have gone to bed and feel like actual social adults (and we have an excuse to eat raclette and drink wine, purely in the name of hospitality, of course). I love the different kind of interaction my children have with guests; sure, they might not see people regularly but a concentrated visit brings its own advantages (also, Adelaide thinks pretty much everyone is her aunt, which is adorably narcissistic). But perhaps most of all, we love the opportunity to see our adopted home through the eyes of others, and enjoy relishing new sights and new experiences with them. Which is really just a convoluted way of saying that we like to crash other people’s holidays.

Tim’s parents are currently on their third visit here since we relocated, and while keen to visit us in Lucerne they naturally wanted to explore a little further afield as well. We arranged to meet them, as well as Tim’s sister and her partner, in the East. First stop: Slovakia.

Of course, technically that was not the first stop. There was a picnic and park break for lunch in beautiful Salzburg, several refuelling stops and even more three-year-old-related breaks. But eventually, amidst a haze of pollen that seemed to be drifting with us across Switzerland, Lichtenstein, Austria, Germany, Austria again and finally Slovakia, we pulled up at our new digs just outside Bratislava and settled in for the evening. 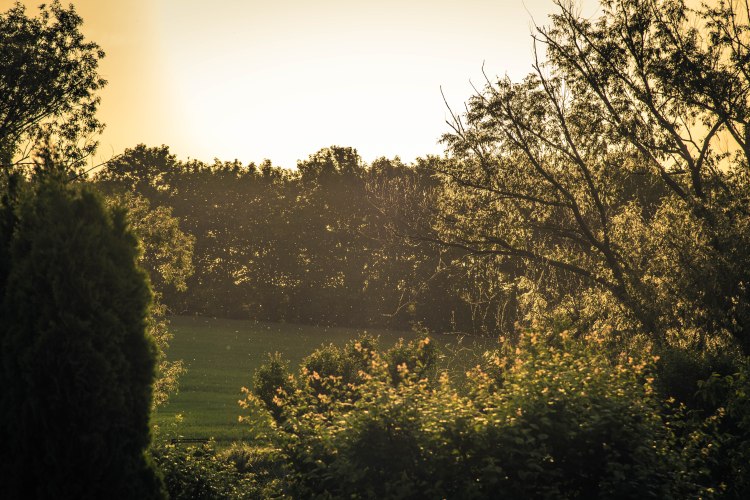 The rest of the travellers arrived late that night – they had driven from Berlin – and the following day we hit the city of Bratislava. Situated on the Danube, we could spy the city’s centrepiece from miles away: Bratislava Castle. We started our wandering there, at the top of the city. 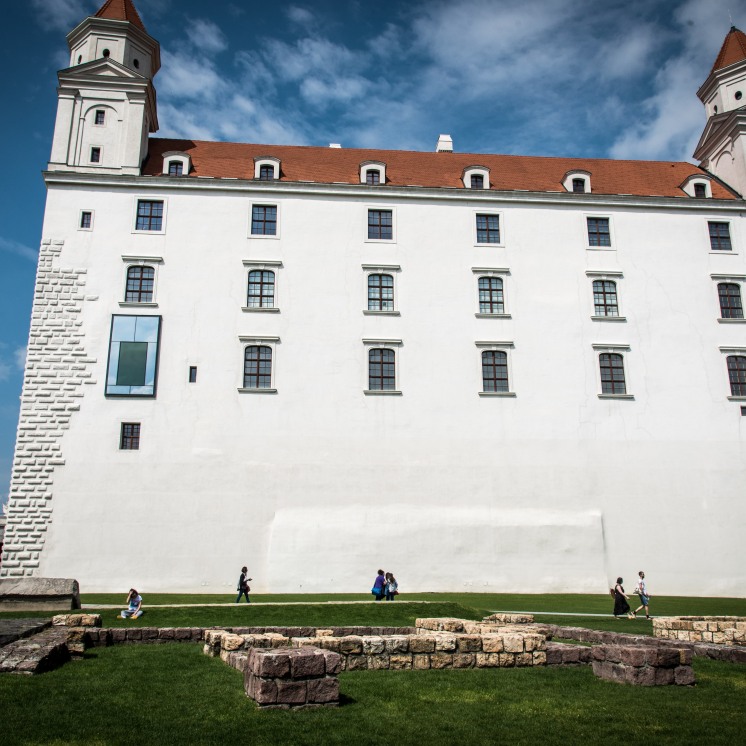 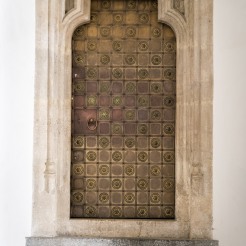 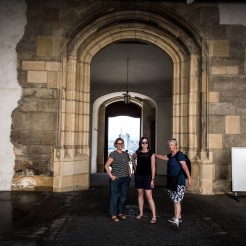 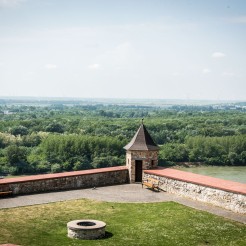 The castle itself was quite austere; not only had it been relatively recently rendered and painted white (we weren’t sure how traditional that was) the courtyard and surrounds were quite barren. A baroque-style garden, with manicured shrubs and swirling rock gardens, was in the process of being sculpted, which was beautiful but added to the confusion a little. After a brief castle playground interlude we made our way down into the old town, walking along the city wall briefly before meandering down the ornate winding streets.

The old town itself was beautiful, perhaps surprisingly so given the industrial feel of the city just outside its inner hub. As we had driven in the previous night, I was a little shocked at the number of towers pumping out smoke, the fleet of cranes hovering over the working docklands, and the unusually high number of trucks carrying cars around the city. It turns out that Slovaks are not terrible drivers who need lots of tow-truck action, but that Slovakia is a huge producer of cars: some 43% of the economy (which is apparently the fastest growing in Europe) is attributable to car manufacturing. I wasn’t sure what to expect, but it certainly wasn’t the ornate, pristine buildings lining the streets, the wide cobbled alleys, or the relaxed feel of the city centre. (I will acknowledge it is possible that the relaxation came from the icy cold beverages you see below.) 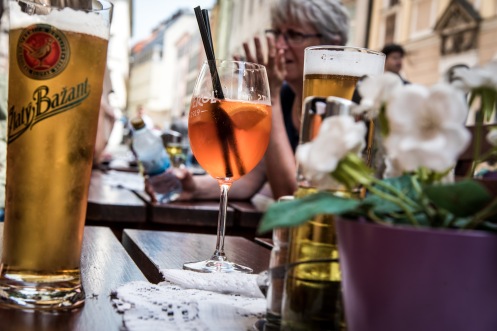 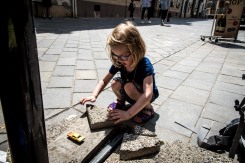 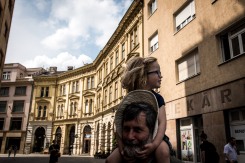 While our children – the littlest sister and brother present – fought over plastic toys, the older set of Purtell siblings were far better behaved. They barely bickered at all (not surprisingly given Dommie is the most chilled person in the world) so it was up to our small people to properly put the brat in Bratislava. 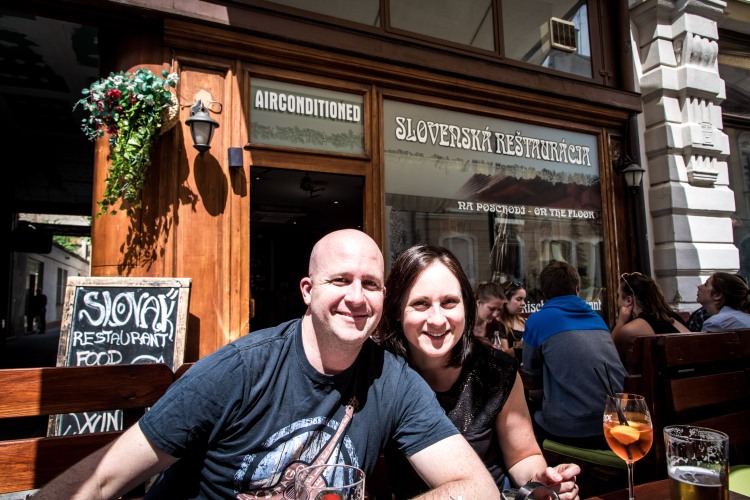 We spent the rest of the day wandering the city – stopping at the famous Blue Church (Gera speculating that it was an Normal Coloured Church until recently when it realised the boon of tourism) and then purchasing some local wines (and some not so local prosecco) for the evening ahead. For the record, the Slovak cabernet franc blend was one of the loveliest wines we’ve sampled in a while. 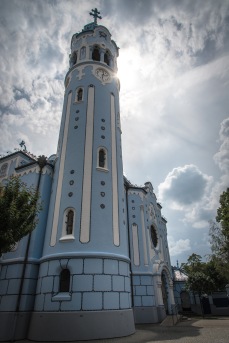 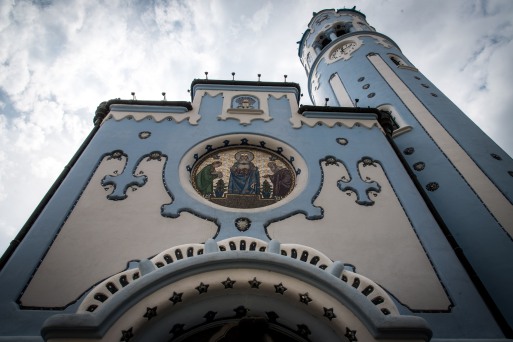 The following day we went to Devin Castle, a well preserved ruin again on the Danube just outside the city. Or, as Addie called it, the ‘Broken Castle’. 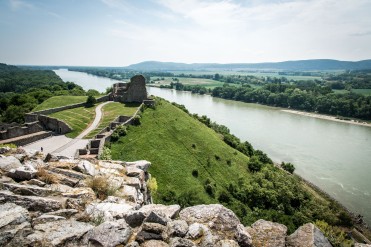 It was a glorious spring morning, and we climbed the formidable looking hill to get to the top. Due to some medieval-style amusements along the way, it was a lot easier than anticipated. 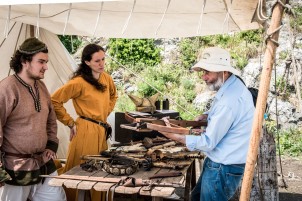 The castle was strategically built at the confluence of the rivers Danube and Morava; it dates back to 856 and was most recently occupied in the 17th century when it was blown up during the Napoleonic Wars. Later, the Iron Curtain ran in front of the ruined castle, marked by heavy artillery and fortified with barbed wire and watchtowers. Apparently the name of the castle – Devin – means watchtower or observation, closing a kind of ironic circle around its history. On the sunny morning when we visited, the remaining shell of the watchtower felt peaceful, giving little indication of the Broken Castle’s tumultuous past. 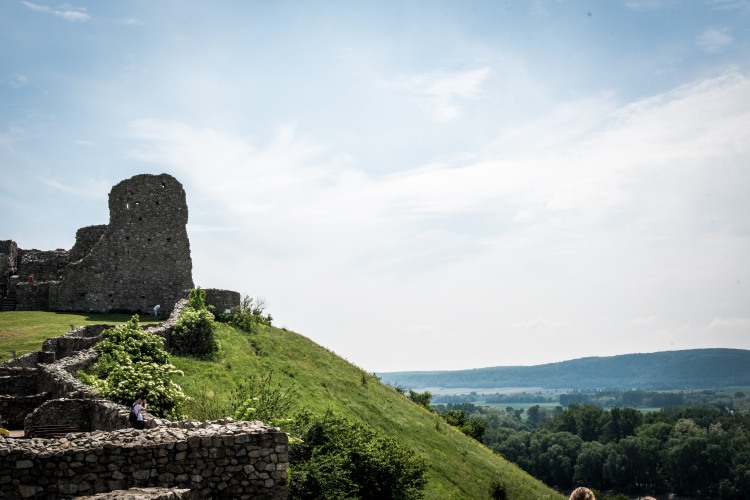 Our walking over for the morning, we enjoyed a picnic lunch at the base of the castle (which sounds lovely since I’m not pointing out it was also right in front of the car park). We then bundled our exhausted little adventurers into the car to move onwards, deeper down the Danube.