We arrived in Budapest late afternoon, on a perfect spring day, as the sun was starting to think about setting in that glorious golden way it has. Our boy had slept all the way from Bratislava and our girl was singing happily to herself next to him. The drive towards the city was lined with flowering trees and rolling hills, full with the lush green of recent rain. We drove up a rise and around a corner and then there it was: the magnificent Budapest, straddling the Danube. Hoo boy, what a welcome.

I’d heard fabulous things about the city: some good friends were married there and talk of it fondly, several other friends had recently visited and reported back in highly favourable tones. I was prepared to dig it, or maybe even be slightly underwhelmed. I was not prepared for it to become my new favourite city in about fifteen minutes flat. 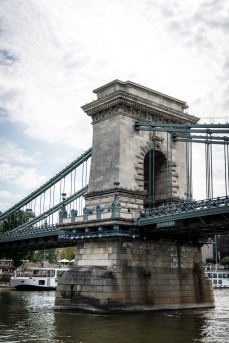 The city is actually relatively new if you consider it as a sum of its two ancient parts, Buda (on the ornate park land west bank of the river) and Pest (the throbbing, funky hub on the east bank). Officially joined in 1867, they were physically united by the first permanent bridge built across the Danube, the Széchenyi Chain Bridge. Named for its major benefactor, the Chain Bridge not only linked the two previously separate cities and provided a symbolic unification, it served a pragmatic purpose: Széchenyi had lamented the lack of simple passage to his father’s funeral, and thus was a visionary behind and champion for the bridge.

We stayed in the city centre, and on our first day walked across said bridge and up a steep hill (scrambled admirably by the three year old) to Buda Castle which sits proudly atop the city. From there it was a short walk to the colourful Matthias Church, a destination we visited not for religious purposes but rather due to the castle-themed playground situated directly behind it. Despite being tuckered out after all that playing, we scored a fun night out with Dom and Ro in one of the city’s Ruin Bars – abandoned buildings repurposed to become small venues. Ours was a tribute to all things red: Communists, punk, and shots of the local spirit, Palinka. 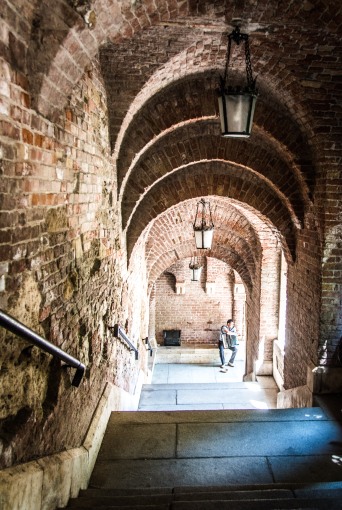 The following day was Mother’s Day and we had two in our midst – myself and my lovely mother in law, who spent the day with two of her four kids, and two of her four grandchildren. We started it in manner grand: a boat trip down the Danube. 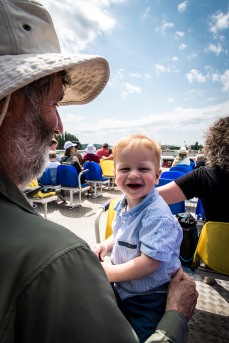 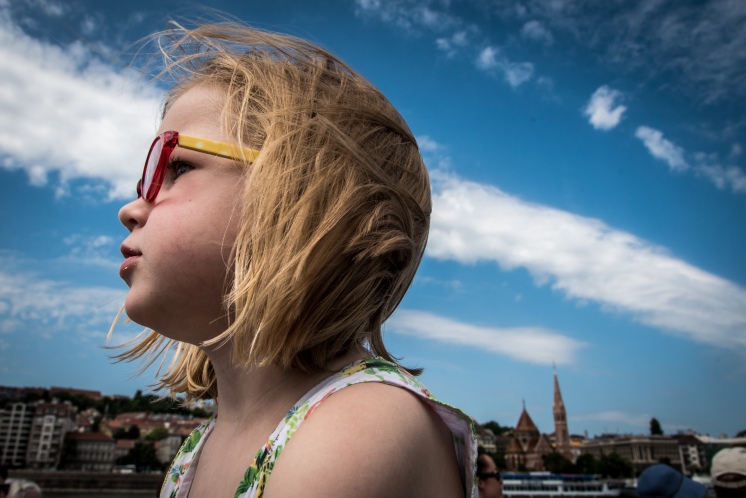 With bubbles, of course.

The cruise took us down the river, past the many spectacular buildings and alongside Margaret Island, a 4km long nature reserve in the middle of the Danube, then back again. Remembering my university days and multiple all-you-can drink harbour cruises, and apparently forgetting that I am now a 40 year old mama of two, all I could think of was shouting ‘bridge skol’ when we passed underneath the many Budapest structures.

In a (futile?) attempt to retain some level of dignity, I instead opted to enjoy my champagne far more sedately and sipped instead of chugged as we chugged past the gothic gloriousness of Parliament House.

Next on the agenda: Mother’s Day lunch. Outside, with puddles to play in and statues at whose feet to kneel. (And delicious Hungarian fare and wine but these were of zero interest to the kids. Until dessert arrived, and then it was ON.) 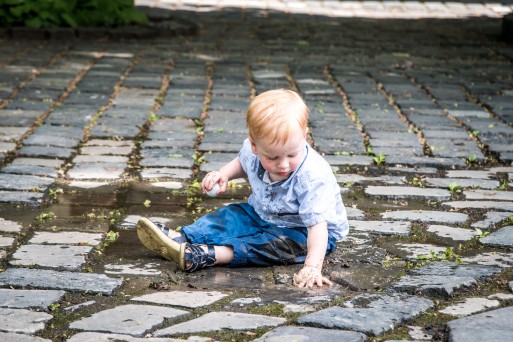 I mentioned previously our love of visitors. There was another reason for this love that I failed to discuss: babysitting. Later that night, after a muddy afternoon of park play, Tim and I hit the town for a wander. If I’d not already fallen for it hard, I’d have been won over by Budapest by night. 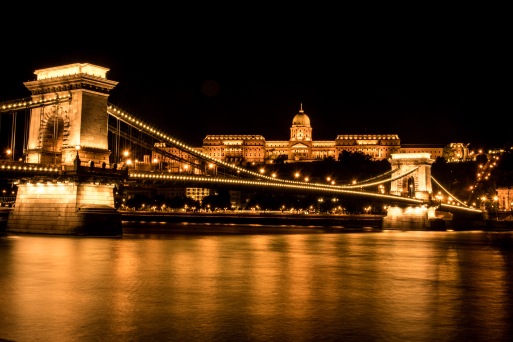 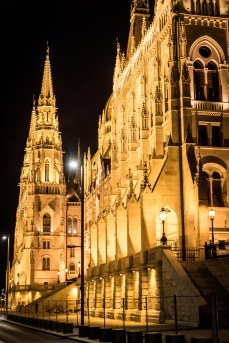 We strolled the banks of the river, marvelling at the light (you can’t see it in the snaps, but the sky was a deep smoky blue as we set out) and the throb of people out enjoying the city. There were bars with music drifting through the air, people perched alongside the river in makeshift chairs enjoying a drink, restaurants spilling out on the streets, fellow travellers strolling casually along soaking it all in, just like us. There was also this guy.

One of the main reasons I’d wanted to head out (apart from freeing the shackles from my beloved offspring, which is always totes appropriate and even more so on Mother’s Day) was to visit the Shoes on the Danube Bank. A sculpture along the bank of the river, just down from the Parliament, the iron sculpture is a memorial to those slaughtered in World War Two. Thousands of individuals, primarily Jewish people, were made to line up on the bank of the river and remove their shoes before being shot. Unshod, their bodies would be swept away by the river’s unforgiving current and the shoes – a valuable commodity during the war – taken and repurposed. I’d seen it from a distance during the day but at night, with the darkness closing in and the powerful river only metres away, it was eerie, frightening, powerful.

Somewhat subdued we walked to our late dinner  – paprika and dumplings aplenty! I love Hungary! – enjoying even more breathtaking views.

Over our meal, we discussed what made the city so attractive. Its beauty and history were a no brainer; the place blew our socks off. It was impeccably clean and felt completely safe, and now that we’ve been Swissified this apparently matters to us. There was a lot of green space and the playgrounds were next level, which appealed to 50% of my family (Ok, let’s face it: 100%, since Tim and I like park downtime as much as anyone). The food was good, the atmosphere amazing and we were blessed with stellar weather which makes anywhere a billion times better. But our little pests had it pegged: there was ice cream on every corner, and it was thoroughly enjoyed.

We barely scratched the surface of this incredible city. There are thermal baths (hundreds of natural ones apparently; Addie is still asking to go to the pool as we foolishly promised), galleries, an island, more amazing architecture, about a bazillion parks and restaurants we didn’t even spy, and no doubt a bunch of other treats I don’t even know about. I don’t care. I will take any excuse to go back.

One thought on “The pest in Budapest (or, my new favourite city)”