There is a bandwidth of cities that meet the ‘equidistant from Berlin and Luzern’ criteria we’ve put into place when catching up with Tim’s sister and her partner. It’s taken us to Nuremberg, and this weekend saw us descend upon the otherwise not-particularly-noteworthy town of Regensburg. About an hour from Munich (more, if you factor in the Oktoberfest festivities, which we did not) the town also doubled as our viewing point for the Australia Football League grand final, in which Tim and Dommie’s team was playing. While our Berlin buddies made the trek into town, Tim set up our (oddly furnished; check out Mr No Pants below) AirBnB in a style only a true fan could love.

The game aired first thing in the morning and despite a loss for our team was an exciting way to start the weekend (that, and the champagne breakfast concurrently consumed). We then took off into town to explore the 150,000 people strong medieval city. There was a lovely gothic cathedral, an ancient bridge over which we strolled, the ‘insert a bunch of caveats to ensure it’s the oldest’ wursthaus and the rapidly flowing Danube. 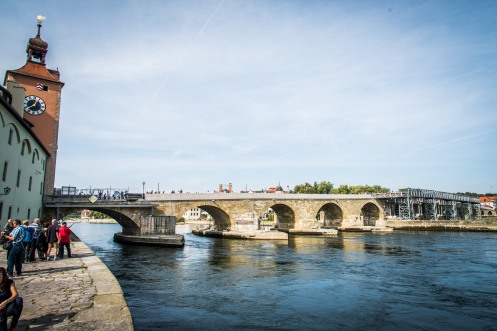 We stopped for lunch in a Bavarian beer garden and feasted on dumplings, pork knuckle and of course beer. I was obviously not on the turps, so I can confirm that the bizarre light fittings were not a figment of drunk-eyed imagination.

That afternoon saw Laides work on her frisbee and Scandinavian chess skills while her Tante, Oncle and Papa worked on their ‘end of season drinks in sun’ skills. (I spent some time in a hideously large mall performing that most depressing of duties: maternity wear shopping. Ugh.) 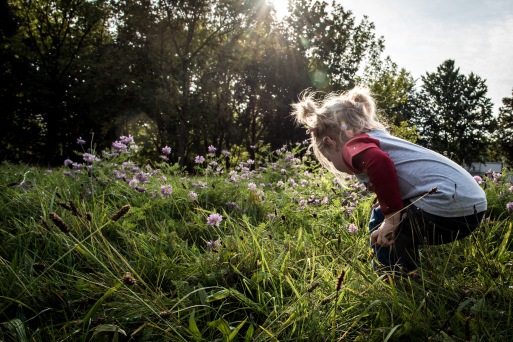 The following day somebody flicked the switch to Autumn; it was cold, wet and grey. We took a boat ride down the Danube, heading to the last place one would expect to visit in rural Bavaria: Walhalla, the Viking’s Hall of the Dead.

As half a scenic hour flowed by, we kept our eyes peeled across the cow-studded landscape for the Hall. There was no missing it as we approached.

Inspired (obviously) by ancient Grecian architecture, the Walhalla was built to honour distinguished speakers of the German tongue (you might guess that neither Tim or myself have a place there). We walked up the hill, climbed the cascading stairs and found ourselves outside the hall of greatness past. 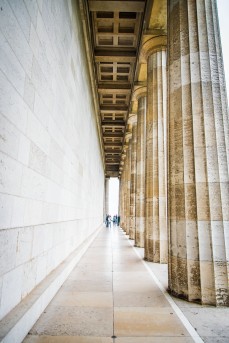 The hall of kinda odd greatness past. A single room lined with busts and plaques commemorating over 2000 years of German speaking history, there were some familiar names (Einstein, oddly looking like a cartoon version of himself) through to some that were not-so-familiar (the dude who invented the pocket watch. I assume his normal watch broke and he popped it away for safe keeping?). 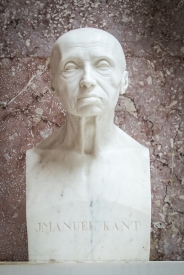 We marvelled at hairstyles and the lack of female representation (only four bust-worthy birds from the last two centuries) while Addie worked on choosing ridiculous Walhalla-inspired old school names for her little bro (Erasmus? Albrecht? Burchard? Nein, danke.). 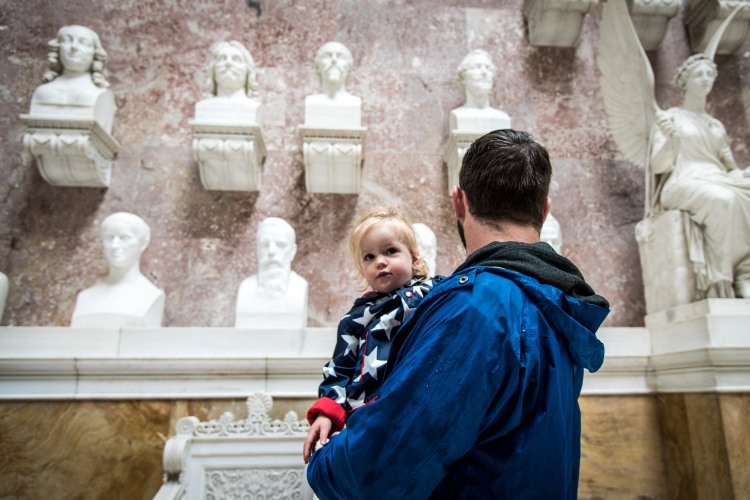 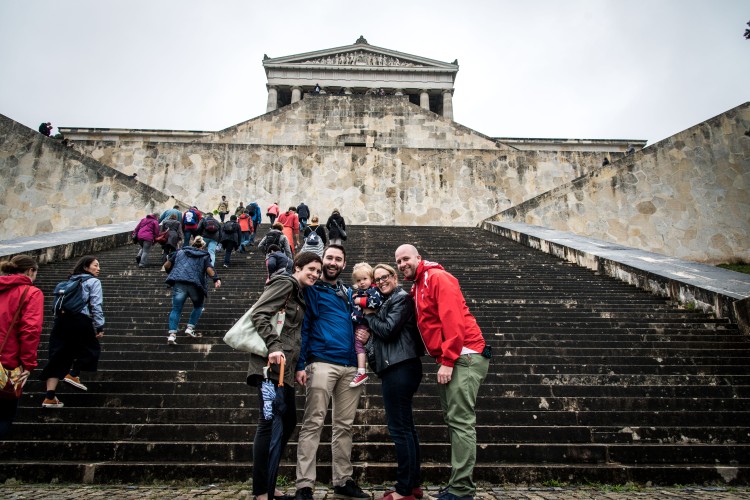 One of the oddest monuments (likened by Motsy to this) we’ve ever experienced ticked off, we made our way for another beer hall lunch. We were also not above bribing the lass to learn two new words: ‘Dom’ and ‘Roh’, something achieved surprisingly simply when the sweet lure of ice-cream was promised to her.

Monday was a public holiday in Germany – Reunification Day – so we made it home in time for Tim to work with relative ease. It was our last planned adventure before little Erasmus / Albrecht / Burchard arrives, and I’m looking forward to taking it easy (I’m finally watching Breaking Bad…totally appropriate maternity leave viewing, no?) and doing some serious nesting prior to his arrival as well some minor administrative tasks, such as actually committing to a hospital in which he can be born. That’s not to say itchy feet won’t strike again, but they are currently a trifle too swollen to be taken terribly seriously.