Our final weekend in Ireland was spent in Dublin, my old stomping ground. As I’ve mentioned before much has changed there, as is inevitable with the passage of twelve years, and as it was new for Tim and Adelaide we decided to act as complete tourists and take in the sights.

Said sights started rather early, as our little miss had a shocker of a night (to be fair, the only bad one of the holiday) which resulted in Tim heading down the coast to Dun Laoghaire to take absurdly early morning snaps (note: I luxuriated in bed in a child free apartment. Best). 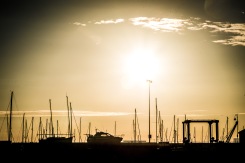 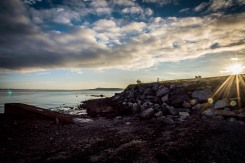 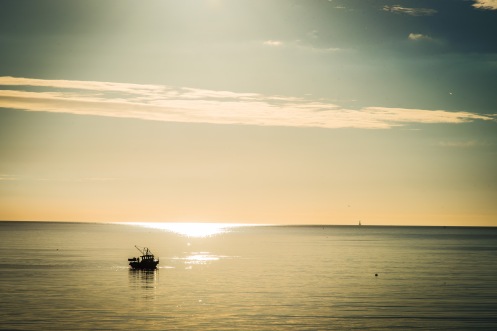 We carried on with a tour of the city, which took us to Dublin Castle, Christchurch, through Temple Bar and along the Liffey and back through Trinity College and the Book of Kells. The tour was interesting, giving a snapshot of the capital’s history from the Celts through to present day, however our temperamental lass once again showed a deplorable lack of historical interest and preferred instead to ineffectually chase pigeons with her stroller (for which, incidentally, we were accosted by a stranger who accused us of raising our child to abuse animals. Tim respectfully disagreed and given that the pigeons were at no absolutely no risk of being even remotely hurt we let her carry on). The tour was quite different to the ‘Wendy Noller Tour of Dublin’ which I would give guests back in the day, which featured the Body in the Bog (a mummified delight that many Australians learned about in high school history class), trying to locate the deer in the Phoenix Park, then a pub crawl to places I liked to drink at the time. It’s little wonder mine is no longer in business.

Although I am currently off the suds, happily there was someone who was able to enact the Dublin Pub Crawl: Tim hit the town that night with his sister, her partner and another mate from home. Although I confess to being jealous, it was definitely for the best that at least one of us got to hang out and enjoy my favourite classic Dublin drinking establishments (and being hangover-free the following morning for the first time – possibly ever – in Dublin had its smug perks).

The next day was, if not warm, then at least not wet and we hit Howth for a walk along the headland. My mate Lynsey, a keen sailor, tried to help us locate Wales across the horizon (even harder for my sight-challenged peepers given I’d heard whales). 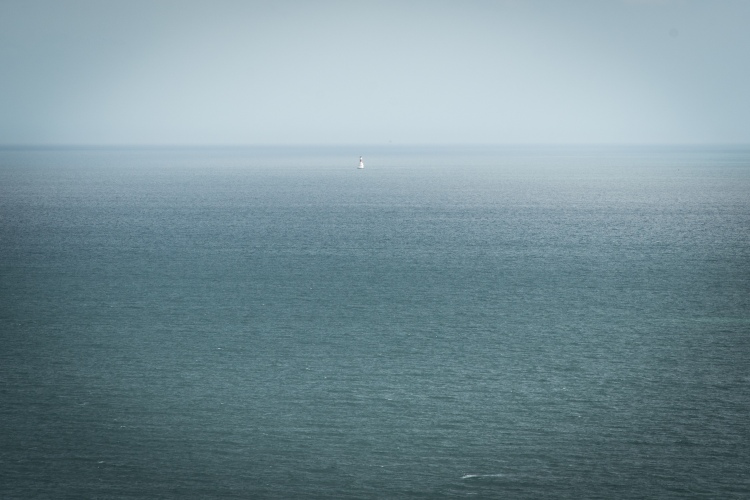 The east coast of Ireland lay beyond us, and as we mounted the peak we could see down to Bray and Wicklow. As always, our little love had far more fascinating pursuits (although at least this time the only nature in danger was any and all puddles). 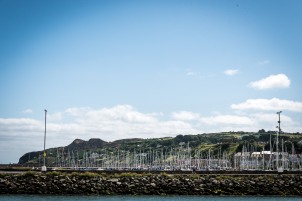 The weekend was also peppered with more catch ups with old friends and colleagues (I realise I refer to my time in Dublin as my ‘fake life’ for a reason, but without fail every single ex-workmate of mine expressed extreme surprise that I had settled down with a husband and kid. By the end I rather think Tim was questioning what exactly he’d gotten himself into), and lots of lovely Auntie Dommie time for Addie (and subsequently Addie-free time for her mama). We left on Monday evening, bidding a fond farewell to friends old and new, and vowing not to eat that amount of butter, sausages and black pudding for a long, long time to come.