It would appear that I have become obsessed with the providers of the oft-mentioned cheese and chocolate: cows. I’d herd (that was actually a typo, but seems appropriate to leave it since we’re on the topic) about a Swiss tradition called Alpabzug, so as my folks were in town and we were in the moo-d (too far?) for a road trip, we decided to go and check it out.

Alpabzug occurs at the end of Autumn across the country, and many mountain towns hold their own event. After spending four months roaming the alps, feasting freely on delicious (I presume) mountain grass, the cows and other livestock are brought back down into the town to be kept safe under watchful eyes over the winter months. Alpabzug is the celebration of the return of the cows into the town, and is a procession featuring various animals, traditional farming apparatus and of course the cows themselves. The animals are decked out in ornamental bells and often flowers, and the cowherds wear traditional dress.

We decided to go to a town called Cuolm Sura (or Suracuolm, we’re not sure which – maps and the town itself actually made it no clearer, with both forms being used). We decided to make the most of our new wheels and set out on the two hour drive south east from Rotkreuz. It was a foggy, misty morning and as we drove the mountains and lakes ahead looked like papercuts, with different shades of white, blue and grey in jagged layers against the horizon. The road next to us was pure oil painting, though, with thick forests of deep greens and golds.

Due to some excellent planning on my part, and thorough reading of all Alpabzug related information, we rocked up at the town we were supposed to be in a whopping four hours early (this was on top of hangovers after our first night out sans baby. You can imagine how impressed Tim was). Luckily, though, the fog had lifted and we were able to enjoy some stunning views. 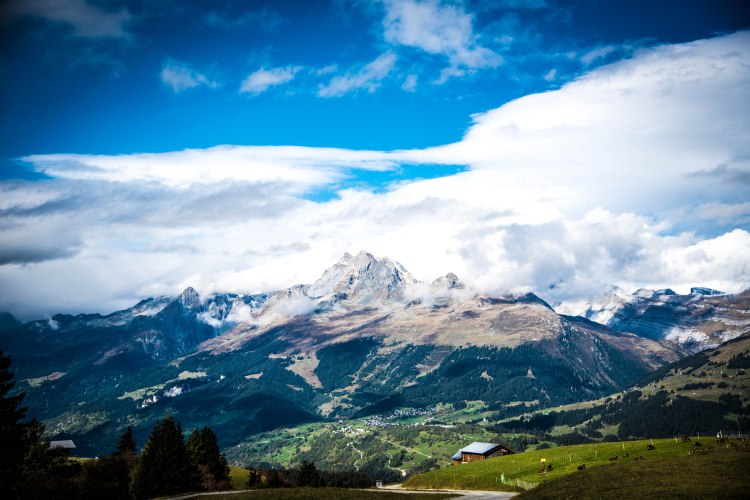 We contemplated a trip to the peak on the ski lift, but the car trip up the mountain was as close to death as I wanted to be that day.

Death by dribble was also a possibility. 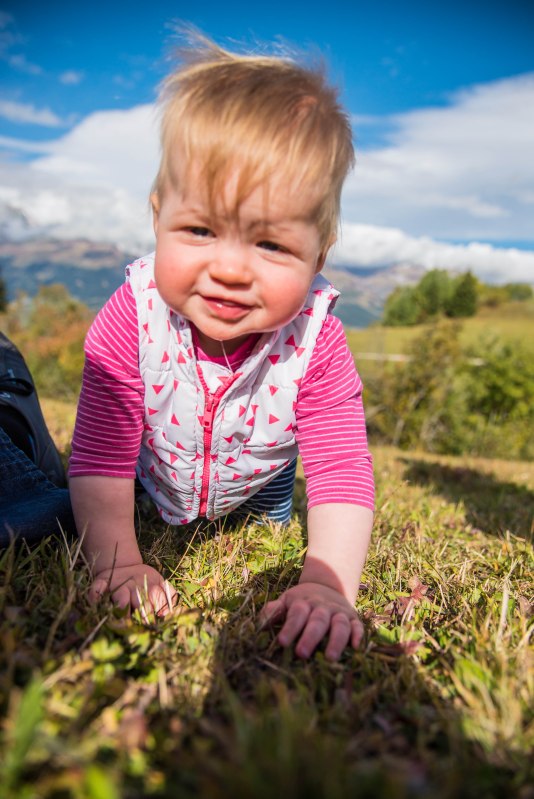 We contemplated our options, and the beautiful alpine flora.

We decided on an early lunch. A few precarious bends back down the mountain there was a wee town, and we found a friendly looking ‘we sell beer’ sign, so in we went. We tried some Swiss apple and elderflower cider, local prizewinning beer and feasted on mushrooms and venison. There was a playroom for the baby (although she showed more interest in raiding the liquor cart – that’s my girl) and the time passed merrily.

The view from our table certainly helped. 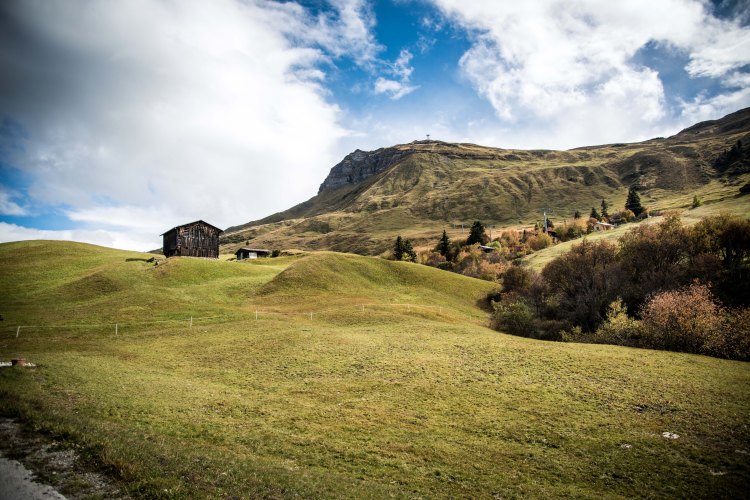 Feasting done, we went back up the hill to the Alpabzug. A few wines did a lot for my fears (and Tim’s ears) and I was far more relaxed as we ascended again.  We found the markets (and for some reason I look confused. Maybe because there was no wine stall).

Or because of this skull feature.

As we were wandering (confusedly), we heard some low mellow notes echo out across the town and turned to see a nonet (nine piece – I totally had to google that) of alphorns. 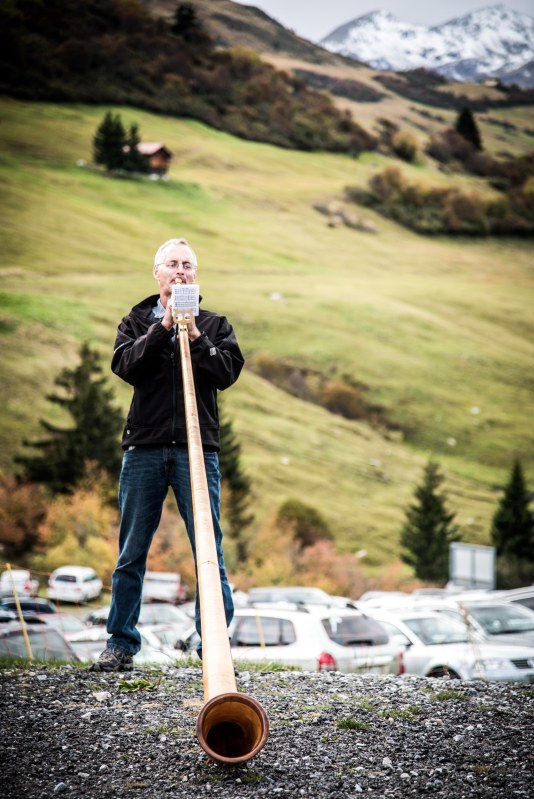 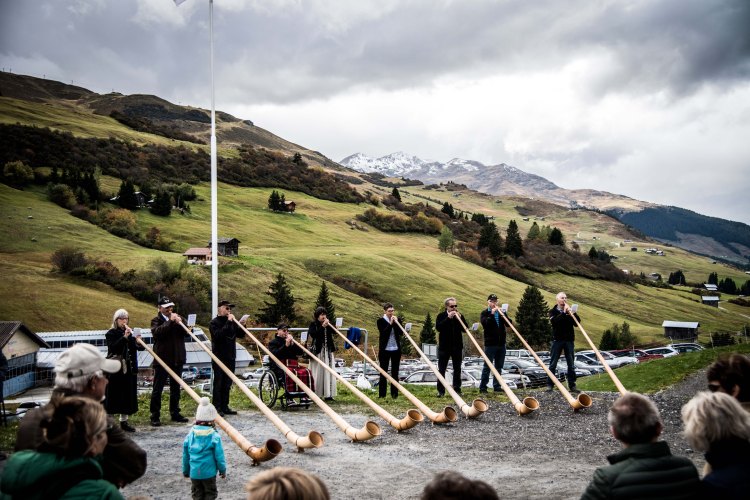 The official parade had begun. A gentleman explained all about the rich history and tradition of the Alpabzug, and spoke about the town and its people and livestock. At least, that’s what I assume he spoke about as it was all in Swiss German. 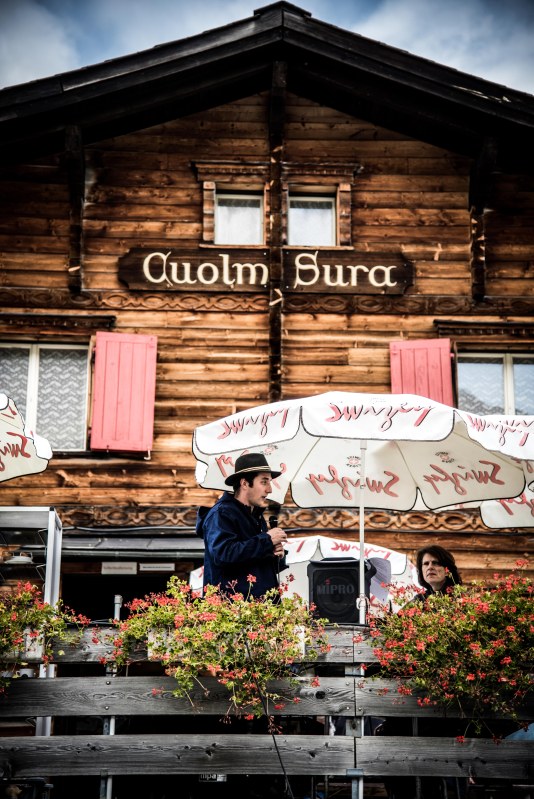 We heard a low dull clanging – from one of the many paths leading to the site came a group of bell ringers. 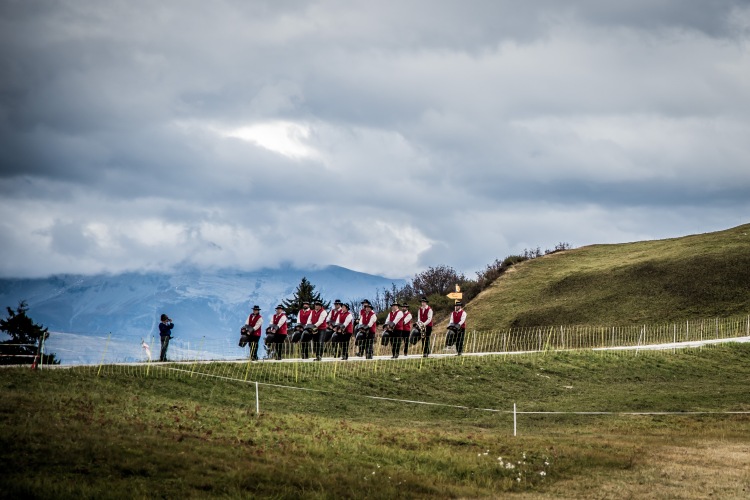 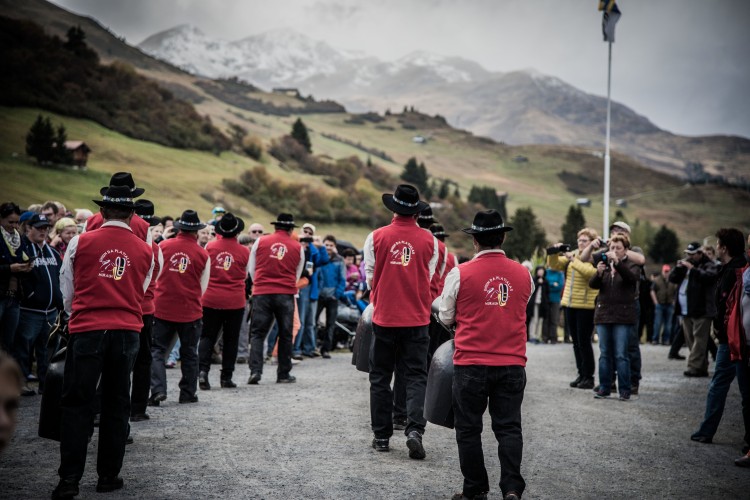 They seemed fairly unamused; those bells looked heavy and the path was long. Following them, from another path behind a hill, we heard the tingle of much smaller bells. A herd of goats trotted through the town, with its herdsman keeping nearly all of them in line (one made a run for a spectator’s bag, but was foiled in the nick of time). 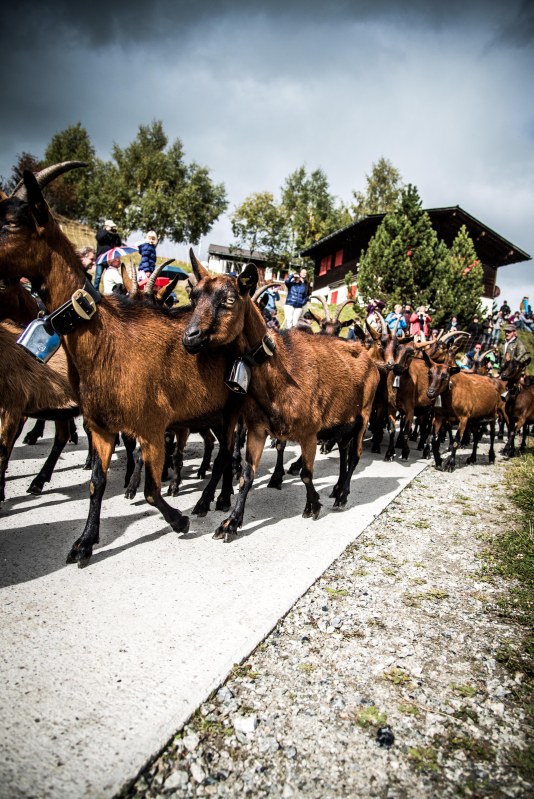 Following them came a few mules. They were, as the saying goes, completely stubborn and required well timed shoving to keep the parade in action. 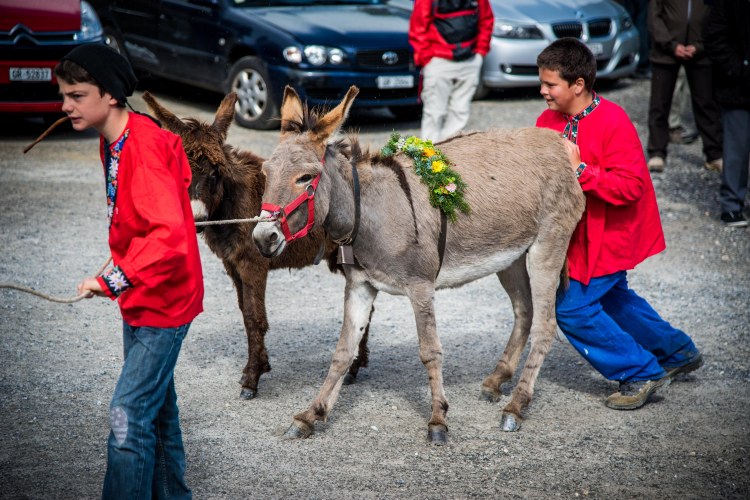 Next up: kids. Total crowd pleaser with lots of ooh and aahs (I was still recovering from fear of the goat that broke free, so my sighs were of relief) (yeah, I’m pretty much scared of everything).

Following this, there were several more groups of goats (apparently Cuolm Sura is primarily a goat farming region). After this the cows came down, safe and sound for winter. Or at least, we assume they did. Because I colossally buggered up the time of the parade we had to hit the road to get our girl home, so we didn’t actually see them come in. This could mean bad luck for us for the coming winter, but not speaking Swiss German means I am happily oblivious to any such misfortune. We made our way back down the mountain and towards home. 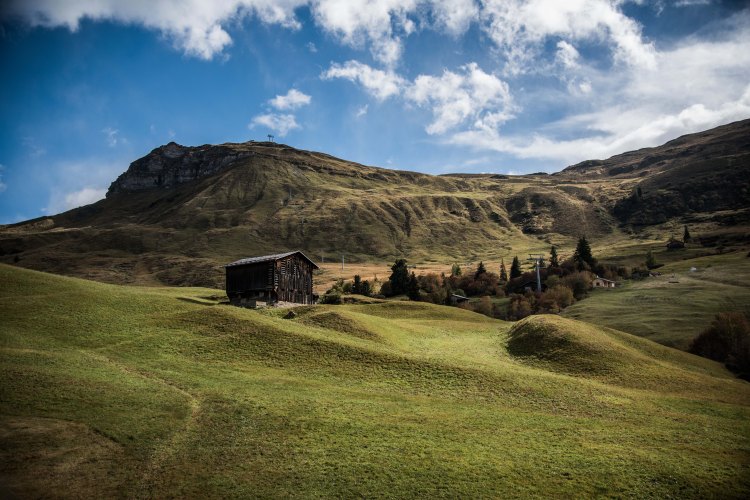 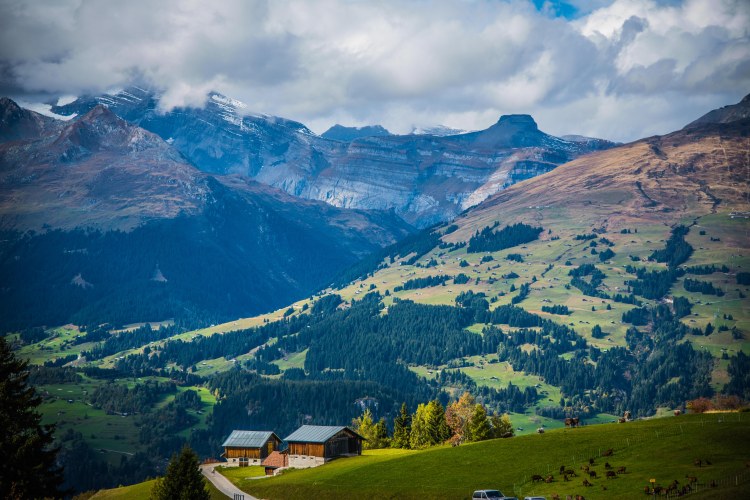 We decided on an alternate and even more spectacular route home. Its beauty was surpassed only by the terror it inspired. There are no snaps because Tim was driving* and I was too busy making permanent nail marks in the door handle of the car. When we finally made it back down, we had a ferry trip across Lake Lucerne and we all got out to watch the scenery.

And find our sea legs. We made it home in time for a lovely Swiss market platter and delicious wine, and the comfort of no more driving or rogue goats for the evening.