The best meal I’ve eaten to date was in Paris, circa 2002. I’d not been to the city before, and didn’t (why I’m using past tense is unclear; I still don’t) speak a word of French. I was meeting a friend the following day who’d lived there for some years – she had booked our hotel and made plans for the next few days. I flew in early evening and made it via the Metro to our hotel, but other than that had no clue as to where I was or where I wanted to be. I was keen to get out and explore but (as mentioned previously) I’m not great with directions, and I wanted to have a few drinks with my dinner. I made a rule – I could go out and have a lovely meal, and as many drinks as I fancied, but I wasn’t allowed to cross any roads. That way, I’d always be able to find my hotel easily and stress free. As luck would have it we were on a large and winding kind of block, so my options weren’t as limited as one might expect. After eyeing off several contenders, I haltingly walked into a small, dimly lit restaurant and between embarrassing hand gestures and even more shameful butchering of my high school French, found myself seated in a corner table. I don’t know what I ordered – I suspect they felt pity and gave me a fixed menu – but each dish was magnificent. I was binge reading Harry Potter at the time (2002, remember?) and between the meal, the book, and the delicious red that kept topping itself up I had a perfect evening. (I also didn’t quite understand the currency and spent three quarters of my holiday budget on that one meal, but it was worth it.)

The ‘don’t cross the road’ rule served me well then, and came into play again today when we made a day trip to Basel. Tim had an appointment there for relocation tax matters; the girl and I decided to tag along. We left him at 9am sharp, and agreed to meet up an hour later. Although we do have technology, we’ve only the one device until Tim starts work, so we had to revert to pre-technological travel tactics: show up at a designated spot when you say you will, and don’t get lost in the meantime. Taking the last part seriously, I allowed myself only to walk along the Rhine and back until his appointment was done. Happily for me, the mighty river offered many beautiful sights as I walked its banks. 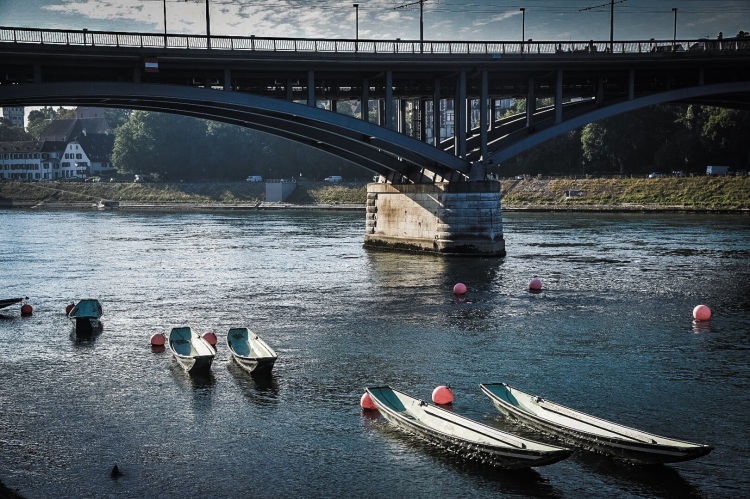 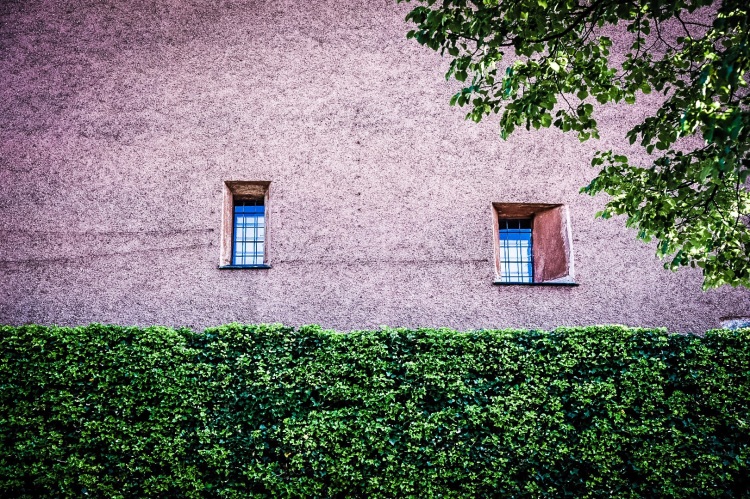 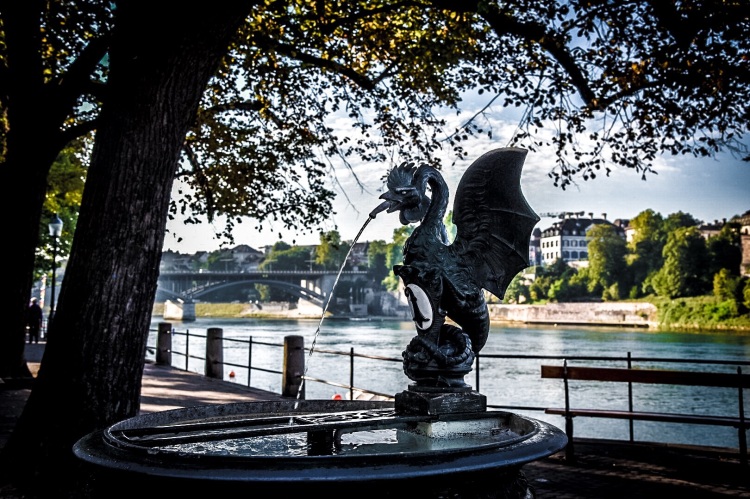 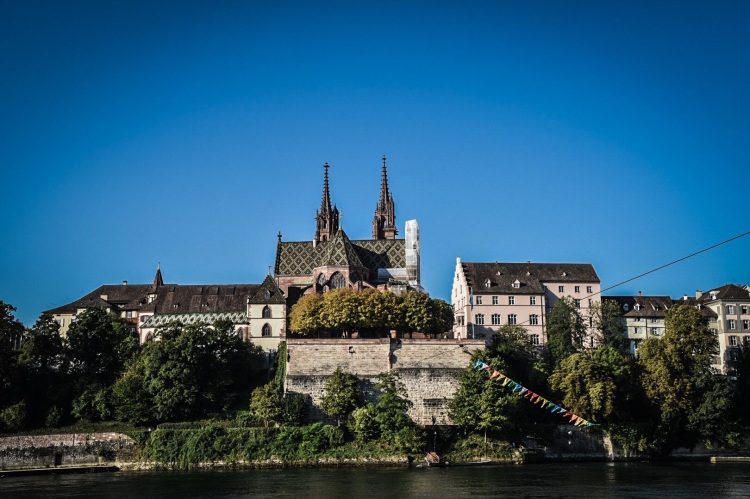 After Lucerne and Zurich, Basel felt distinctly industrial (not helped by several large towers and chimneys pumping smoke). Once Tim finished his meeting, we broadened our horizons and explored the Old Town, market place, Rathaus (the town hall) and Munster (the Cathedral). 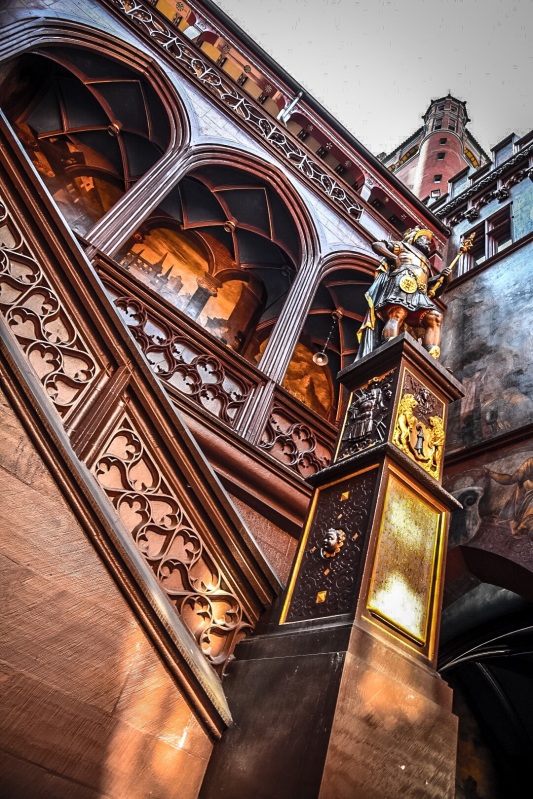 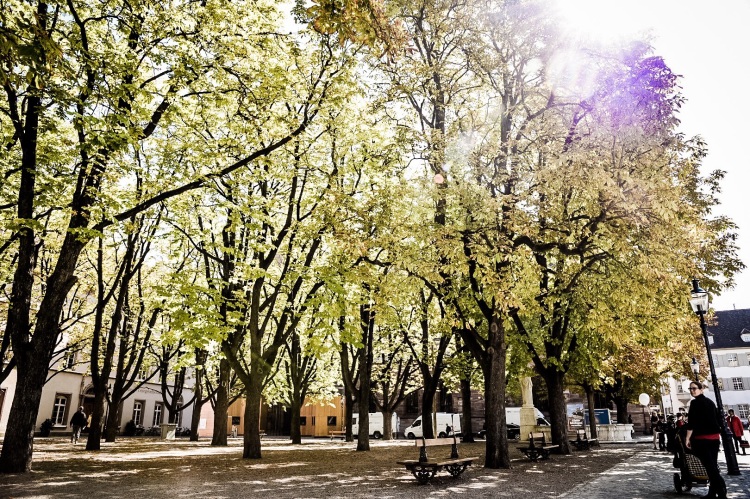 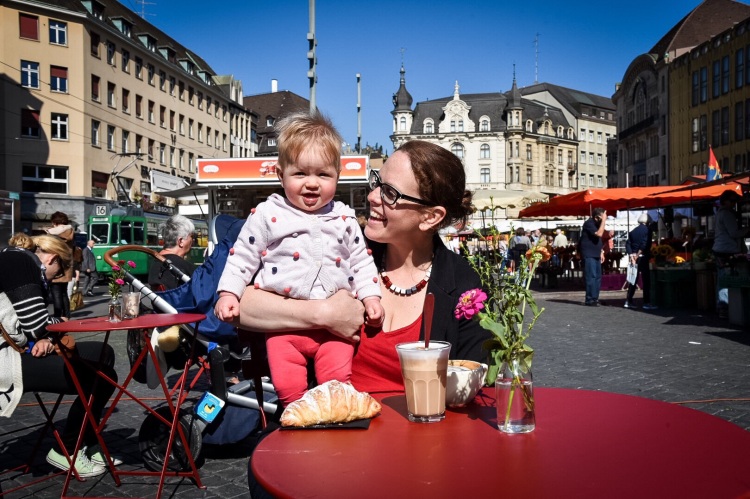 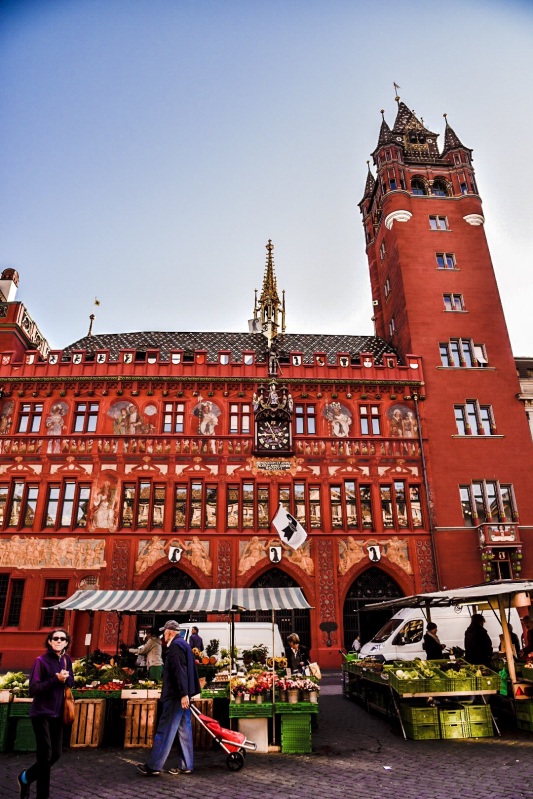 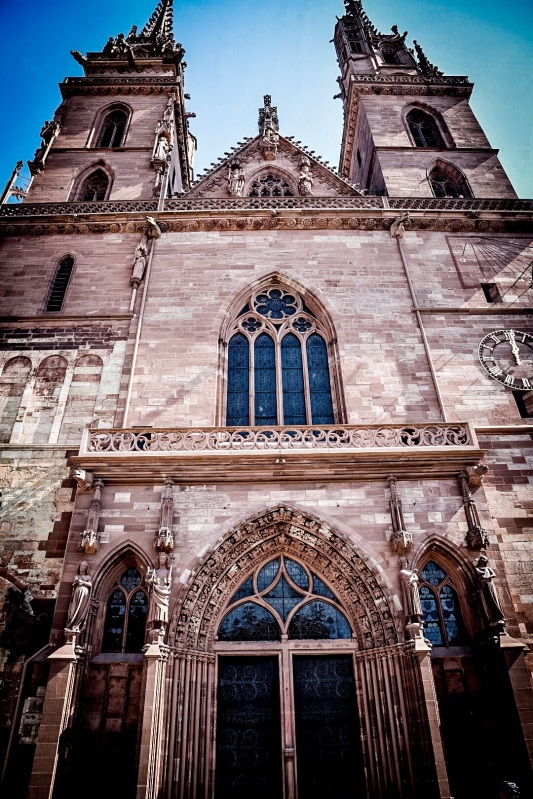 Before going, I looked up the highlights of Basel. Other than the above and several museums (my girl is an uncultured brute; she cried through the David Bowie exhibition in Melbourne recently so I didn’t bother subjecting her to any further tyranny of the arts), Basel is apparently known for its excellent position between Germany and France (!), and for swimming down the Rhine. The water in the river – and indeed all bodies of water we’ve seen since arriving, and there have been many – is clean and clear and looks very inviting on a warm Autumnal day. We watched jealously as several people bobbed past us. They had put their clothing in an inflatable bag which was tied to them, so they could drift downstream with the current. We debated whether the girl would float but since we hadn’t taken our swimmers decided against testing it out. 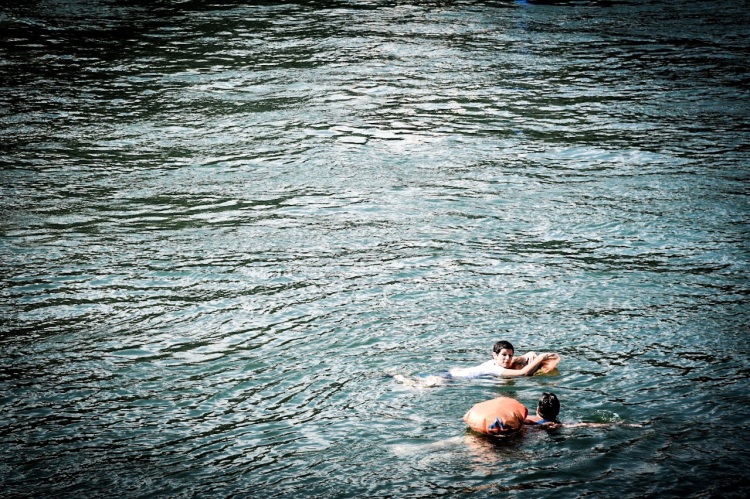 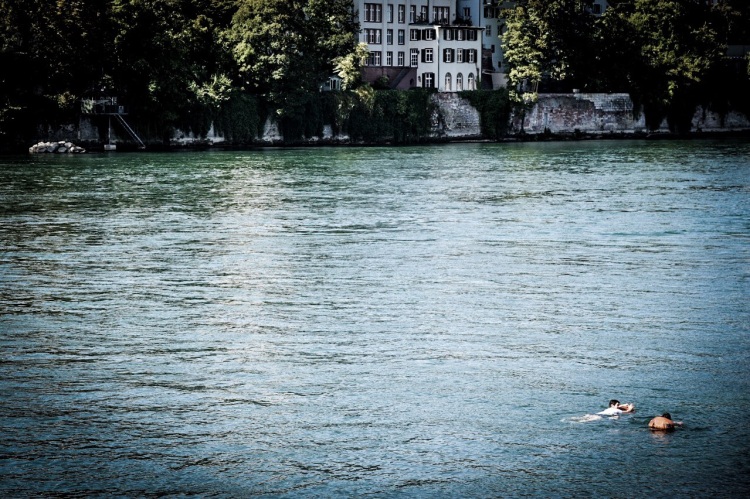 We only had a few hours in town, so after a quick lunch we made our way back to the station for the trip home, thankfully with the majority of our budget intact. 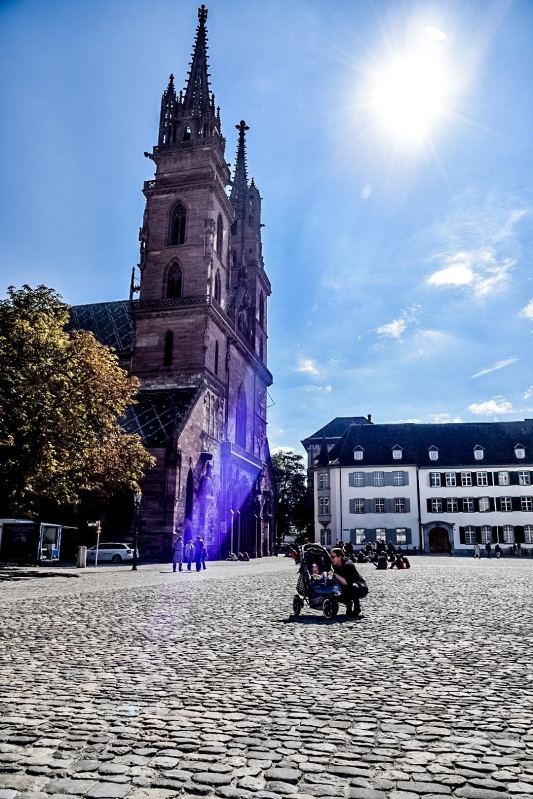 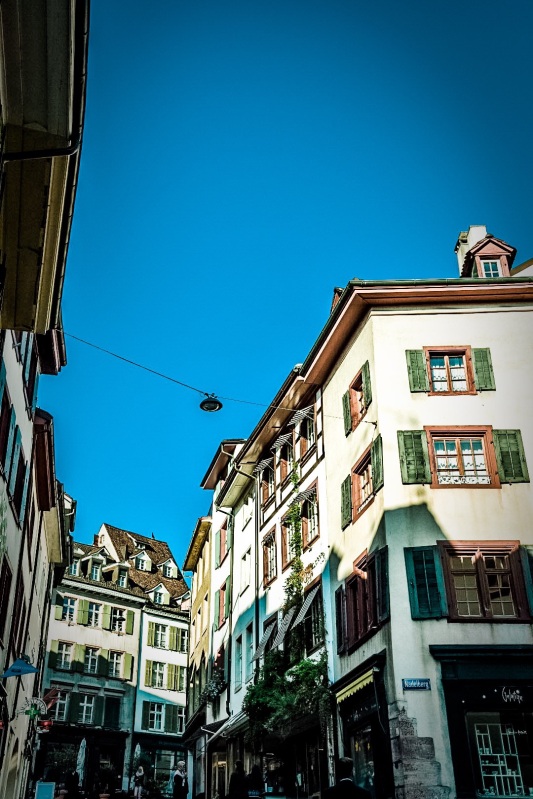 2 thoughts on “Basel on Business”