We’re slowly carving out something of a routine for ourselves, me and the girl. I don’t mean ‘up at 7, nap at 8.30, sleep for two hours’ type of routine – I wish! – but more of a gentle rhythm to our days and our weeks. Monday is slow and steady, a wind down at home after a busy weekend. (It also consists largely of laundry and the weekly meal preperation, a depressing state of affairs.) Tuesday we meet our mothers’ group, so there’s coffee and reassuring chatter about our bubs, and frequently cake. Wednesday we have Gymbaroo, Thursday lunch or a play date (let’s face it, usually the former), and by Friday I am completely and utterly stir crazy and counting down the hours to the weekend.

On these days I throw any attempt at a more solid routine (of the consistent nap variety) to the wind and we pack up and head into town. In the early days, I played bus roulette. I’d pop Adelaide in the bjorn (guaranteed snoozing by the end of the block, back then) and jump on the first bus that came our way once she’d conked out. I’d stay riding until she started to stir and then jump off to walk her back to sleep. This game took me to the Royal Botanic Gardens a few times, to Chinatown, to Campsie, and sometimes only a few stops up the road. It felt better than aimlessly pounding the streets, and it also catered for my irrational fear of an awake baby.

I’m more confident now and not as terrified of exposing fellow commuters to a grizzly or even screechy baby; if anything, I’ve found them to be supportive and compassionate rather than angry as I’d assumed (you may be able to guess at my attitude to children before I had my own baby, based on this assumption). As such I plan my outings a bit more, trying to snatch a treat every now and then to remind me of my life pre-baby, and hopefully give me something to converse about rather than baby sleep patterns (because seriously. I’m even boring myself now).

A few weeks ago we made tracks for the Brett Whiteley studio in Surry Hills. I’d been meaning to go for years, but after seeing one of his works in Pop to Popism at the Art Gallery of NSW recently I was keen to see more. The studio itself is nestled in the back streets of Surry Hills, made noticeable by the matches (a small Almost Once?) on the front door. The space made me covet the life of an artist (says the girl who can’t even do colour-by-numbers to any good effect). Although a windowless area, it felt open and airy, turned into a gallery with paintings and sculpture downstairs as well as some audio visual biography installations. His work was at times intricate and at times simplistic. I’m no art critic – and I don’t even know what I don’t like – but I enjoyed the vibrant, eclectic works against the hushed and cool surrounds (and the fact that it clearly bored my sleepy girl so I could observe and admire in peace).

Upstairs in his work space a wall was covered with newspaper clippings, pictures, album covers and scribbled quotes. I remember one quote that, to paraphrase, stated that death would be preferable to a 28 day program; one that was a riff on some Bob Dylan lyrics. The scribble that felt most pertinent to me, as I read with bleary eyes and a sweetly sleeping child: Life is Short. But my God Thursday afternoon seems incredibly long.

I think of that quote and his studio, sometimes, on rainy afternoons that have dragged for an eternity. When it feels like I’m caught in a three hour loop and have been all day every day for months. When I cannot possibly last another minute until bath time, until Tim gets home from work, until that post-bed glass of wine. But then I think of it when I realise that I’ve not worked in nearly six months (the longest period since I started work as a teenager), and that our girl is nearly five months old and already I’m feeling those unwanted hours slipping away, never to be recaptured because despite how incredibly long Thursday – and all the other – afternoons are, life with my beautiful baby is already painfully, fleetingly short. 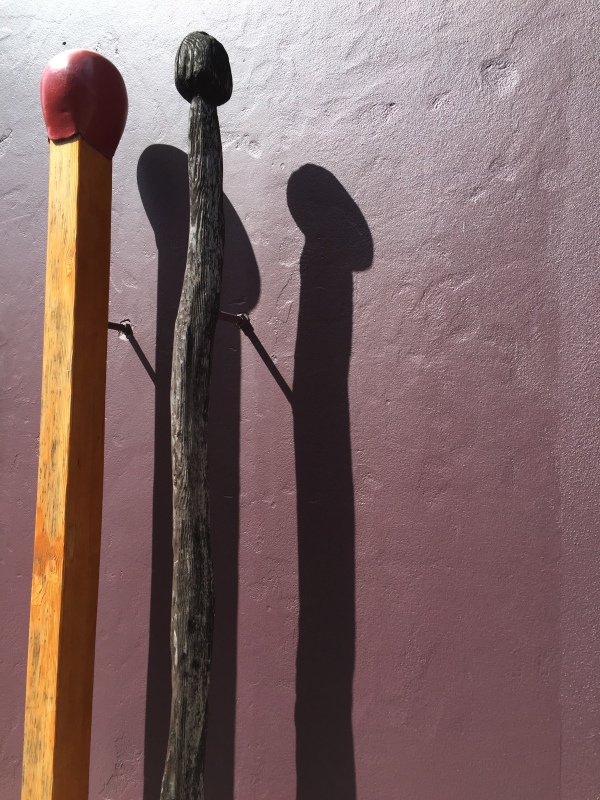